The Wind line has been down for a couple months now.    Its much more of a crapshoot to go down to the forebay when the websites call for marginally high east winds.   Sometimes the wind can be blowing 10-15 mph from the east and the forebay is glass because of the hills blocking the winds.  Wednesday reports were stellar with RIchard Crook getting 50 fish and Dan and Vaughn having a great day.   I was really excited to fish this Memorial Day Weekend but every day had marginally high winds.   Today was the best  for wind and I went out to give it a try,  wind or not.

The first way to fish the wind is to drift along weedlines  about 20 feet out and cast toward the weeds, and fish in and down swinging the fly out.     If that doesn’t pick up fish,   the second tactic is to find them with sonar on the edge. and insert the boat right on the edge upwind ,  spot lock and fish downwind parallel to the edge.

Steph and Eric and son were out on their boats and we all drifted the wall and fished toward the rocks  at  the Mederious Wall where all the action was last Wednesday.   Eric  got three from the wall early in the morning but Steph and I made a couple passes on the entire wall and weedline without any success.      The wind was white capping and  pushing  water down the canal creating a very fast drift .   I figured the schools that Richard fished last Wednesday   had to be somewhere in the channel and I made sure I looked on both sides.   No joy.   The wind made it hard to even hold long enough to get a good cast over the few moving fish I spotted even with spot lock on 8.    I  next decided to go check the trench.  The trench has been very consistent for me this year.    The first thing I did was post upwind on the weedline and drift the entire line from the island to the rock wall.    The weedline are pretty soft and I think fish tend to  go into the flats rather then cruise the weedline like they do in late summer when the weedline is hard.   I couldn’t find any schools parked or cruising on the edges.   Usually this is a sure thing when the weedline is hard.

The next strategy fishing a wind that’s hard to cast in is to find schools in deep water and drift over them towing a fly on the bottom.  The best way to do this is pick a line in the wind,   drift if  and then move up again to one side and drift again till you find a drift that produces.   I think  the fish tend to swim in the direction against the wind and the wind current..   I started my drifts today behind the east island wind shadow. and drifted to near the wall. picking up a fish every 15 minutes,  just jigging the fly and strip pausing directly upwind.    The hits were soft and the ones I missed didn’t come back. .    If i saw a big school to the side ,  I would hit the spot lock and try to cast to the side which was pretty challenging due to the chop and wind.   The “long cast”   drifting a football field worked well today and I was able to put 18 fish in the boat by the end of the day.   I was exhausted by 2:00 and went home early . 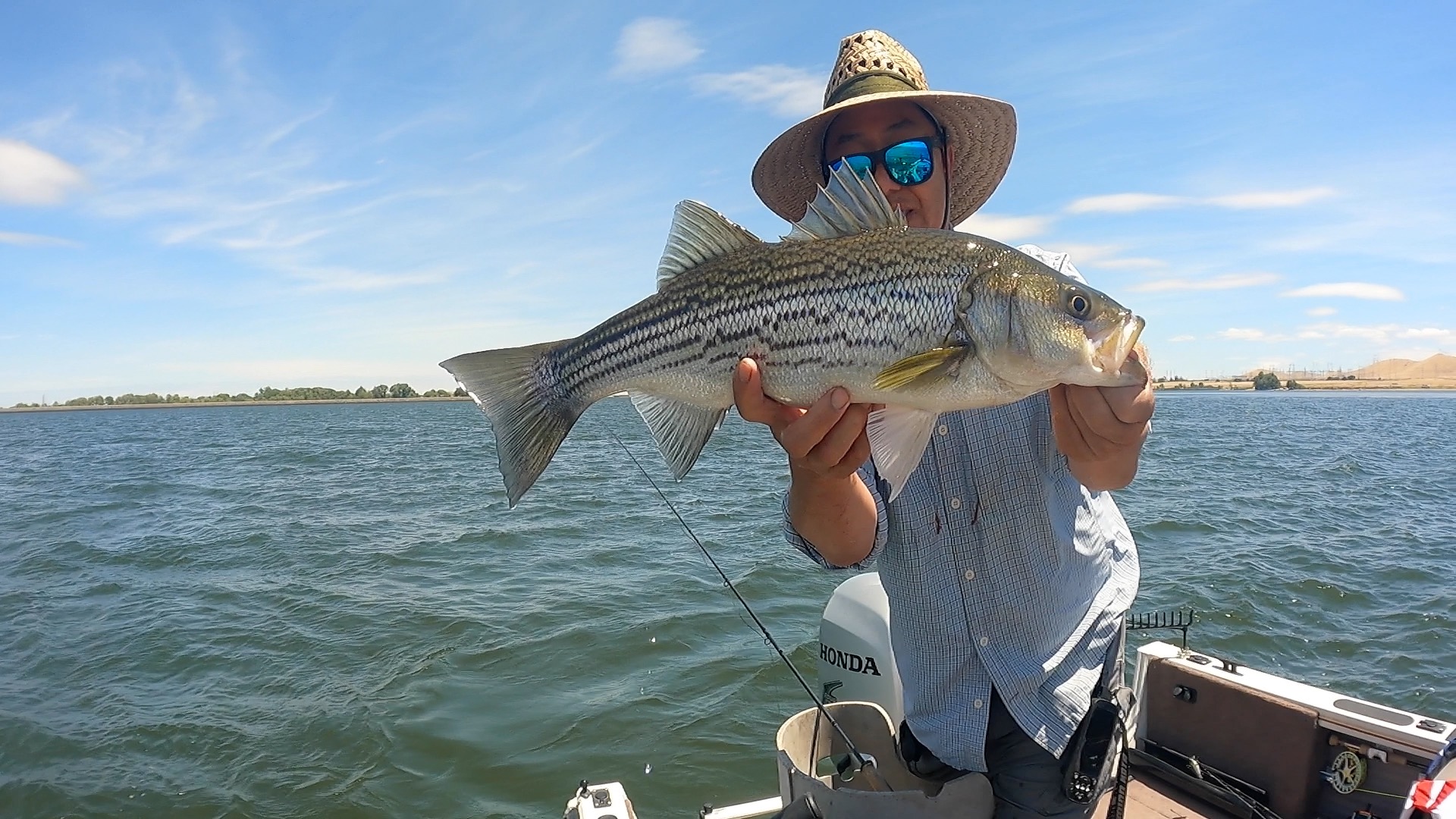 Last week I had a pretty good day using one fly.  The fly I used was modified to drop on the pause parallel vs head first.   I put channel lead on the body to balance the eyes.    The fly got mangled after many fish and I retired it and replaced it with a standard clouser.   My luck seemed to change when I stopped using that fly so today I tied a couple more and used them all day.   I think stripers almost alway hit a fly on the pause and it might be a good idea to design flies that drop differently on the pause.   Also the rate of the drop might be a trigger as well.     My weighted clousers seem to be on the like list today,  The way I was fishing them today,  they had to be right on the bottom in the mud. 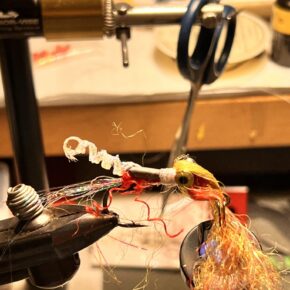 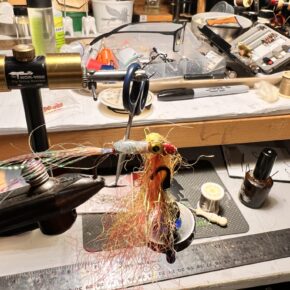 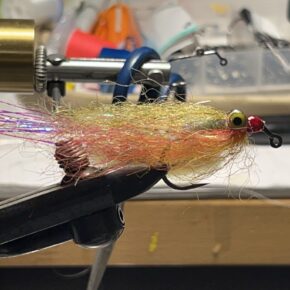 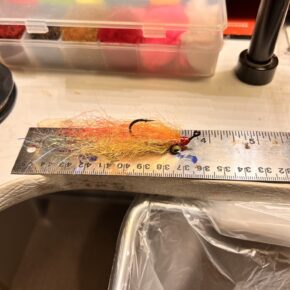 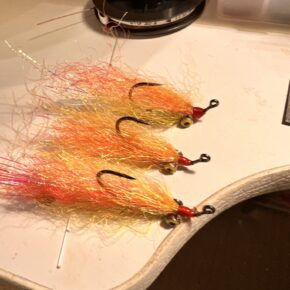