Over the years, you learn that you should fish when the fishing is good and you should still fish when the fishing is bad.  This week the fishing has been good at the racks .    Having fished it three times in the last 5 days,  I am especially grateful to the DWR for leaving the lake open and its remaining boat ramp at Dinosaur Point still operational.   It takes some commitment to keep the dock in the water far enough for launching with the water level in the Dam dropping so quickly.  It could close at anytime.

I got to the Rack relatively early at 7:00.  I think I might launch next week as soon as it opens because the fishing was much better in the morning while the air was cooler than in the afternoon.   There always seems to be a lull in action in the afternoon with the fish biting better an hour before and after the solonar peaks. .    The water temps are getting dangerously high for Big Fish survival at 78 degrees.  But then its been awhile since I’ve caught a beast in the lake.   The fish at the Racks are averaging between 18 to 24 inches and are in spawning metabolism right now.   The sonar is showing them from 20-40 feet down and they seem to be feeding in and around the American Shad that are circling the Racks.   I still haven’t found any  minnows in the guts of fish I’ve kept to eat but I have seen bait balls on the sonar and It also looks at times that the bigger stripers are feeding on American Shad.   Also these last couple days I’ve caught at least half a dozen fish 6-9 inches in the Bay of Pigs.   Yearling stripers are great sign that fish are spawning in the lake.

The  regulars were out in force.   Tim was out with a buddy,  Vaughn with three guys in his  boat.   Brian showed up at 10:00 am and I was out alone without  Richard who is trout fishing in Oregon.   At least 7 fish over 15 pounds have  been hooked or landed in and around the racks this last month.   The big fish were feeding  and the time to get one is now.  Brian pulled off an amazing feat today by showing up late and landing not one but two fish around 34 inches long.   The first fish was caught around 11:00 and the second one around 3:30.  Both fish were tough to revive but I was told they survived.     Both fish were caught by Brian  on a size 1 brown white bucktail clouser that I tied for him about 3 inches long.

I caught a good number of fish on the 30 count to 20 feet and some a bit deeper.  The fish are fighting fierce and there are plenty of fish cruising and eating.   Catching was consistent  most of the day a rate of 5 per hour.    These days,  i can’t help thinking that these may be the last fishing trips on the lake in maybe my lifetime .   Word about the lake staying open changes everyday as the drought is probably delaying  the closure of the lake.  I did notice that there were no shore fisherman in the Bay of Pigs on the weekend.  With Basalt Launch closed,  there is a substantial drop in pressure  from the shoreline bait fishermen.

Brian’s big fish was resuscitated by Vaughn when it floated after release.  Brian released the second one without taking it out of the water.  Be gentle with the big ones.   The water is warm and green –  the double whamy for O2 depletion. 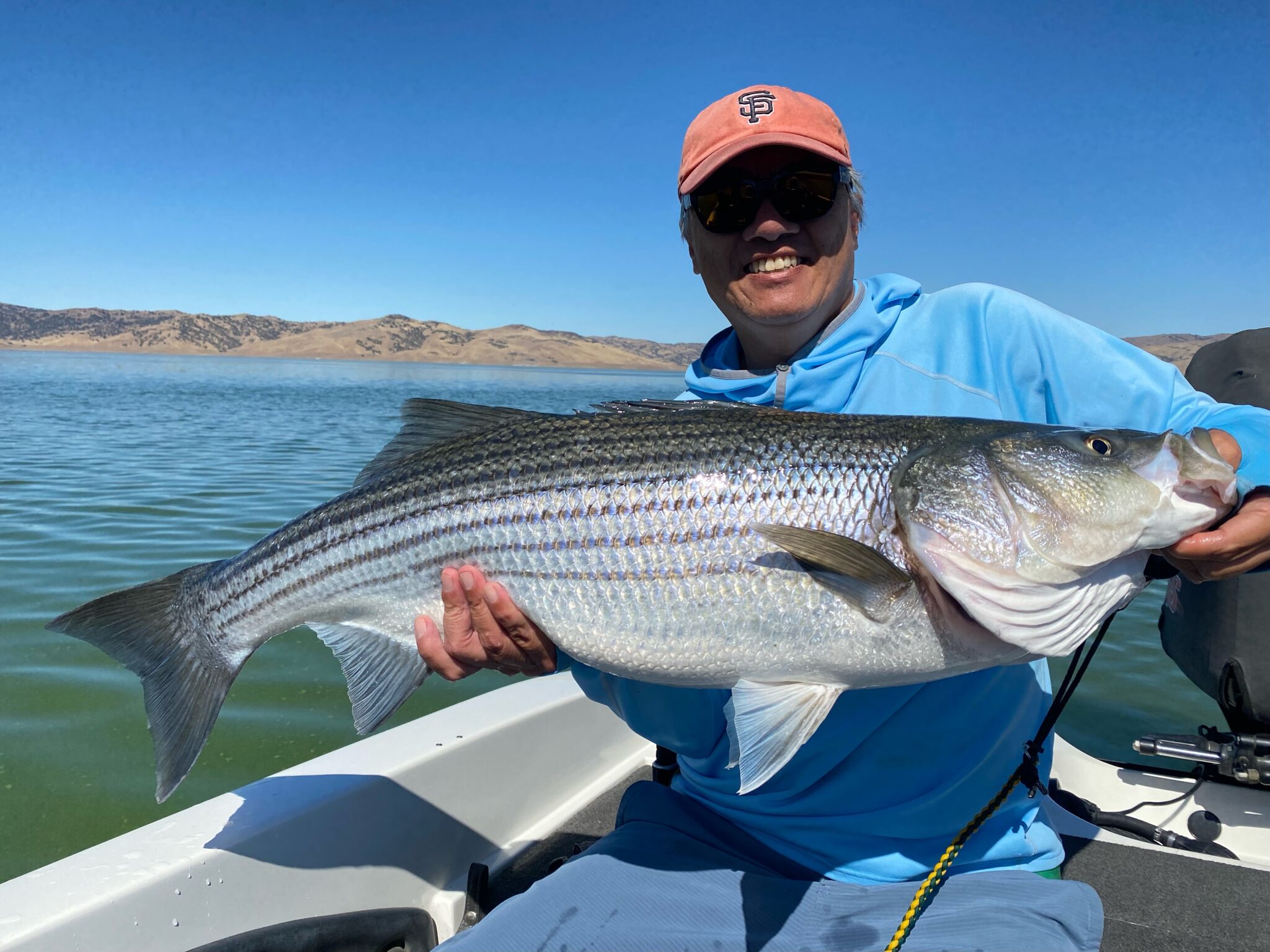 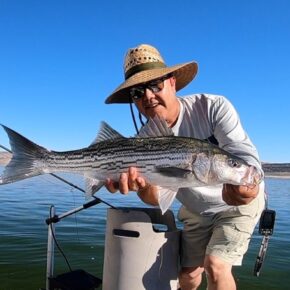 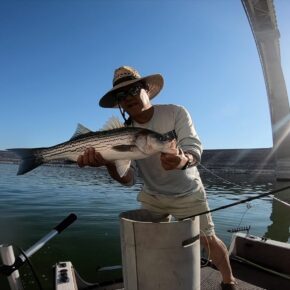 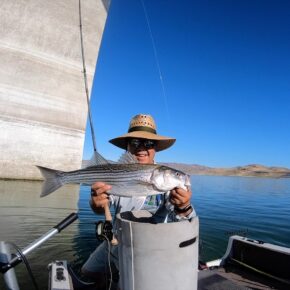 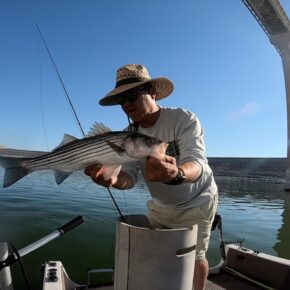 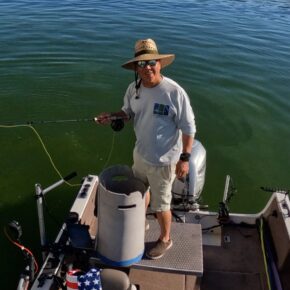 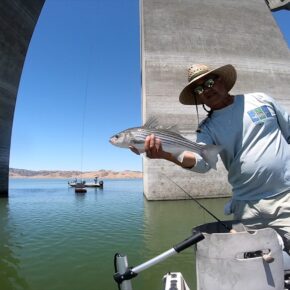 One thought on “Big Day at the Racks”