July 4th needs to be celebrated. Each citizen and patriot in there own way needs to rejoice the day that the Declaration of Independence  was adopted and the United States officially became the greatest framework for Freedom, Morality and Justice ever created by man.   I celebrated the 4th of July by fly fishing San Luis Reservoir.

After spending the last three days rebuilding our Cavitrons for the office, I needed a break.  I left for the lake at 6:00 am hoping to hit a small window of calm winds.   The forecast looked good for the early morning and I decided at the last minute to go.   As I pulled up to Dinosaur Point,  there was a sign posted at the entrance saying that the lake was closed to boating and a guy was exiting with a boat.    I decided to go talk to the Park employee to see if there was any news about the dam closure.   He told me that the  yellow light was on but he felt the winds would die down.  Three boats had already launched.     I launched the boat into a 10 mph tailwind and motored across the crests of wind waves to the Trash Racks.  It was whitecaps all across the lake.    I put my Life Preserver on and put on my Headphones and carefully headed to the Racks straight across the lake.t.     The only place you could stand in the boat was behind the Rack pillars.  The first two hours at the racks was off the hook in the wind.    Lots of fish down  20-30 ft .    Around 10 o’clock ,  things got slow as the wind died down.   The fish went deeper and were not attacking the fly like they were in the morning.    Brian showed up with Steph in the boat while two bait guys anchored on the rack.   There was a boat at every pillar.

I ended up with 25 for the day with lots of nice fish over 20 inches.  I didn’t see any Big fish hooked like last week when Brian got two fish over 20lbs.   The winds look good this week but I have to work and wont be able to get out till next weekend. 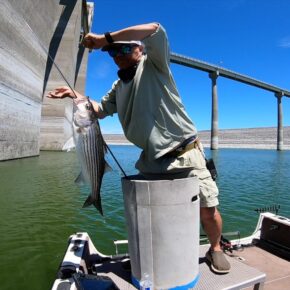 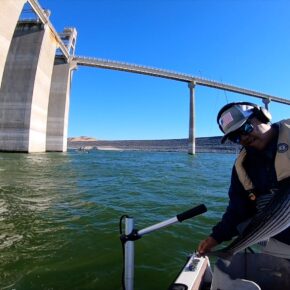 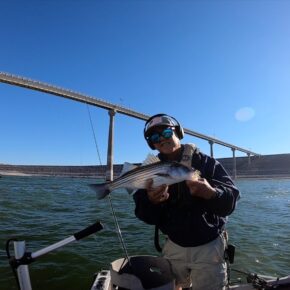 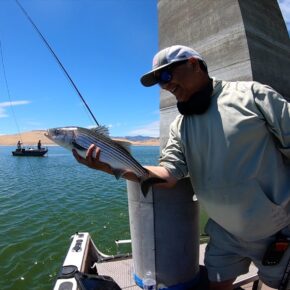 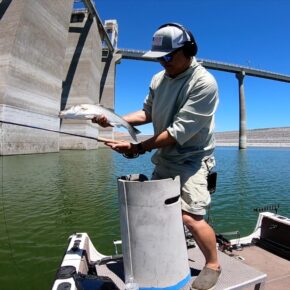 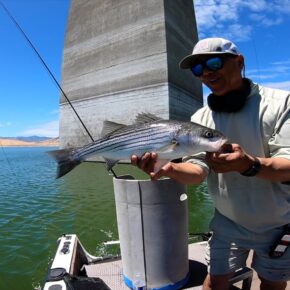 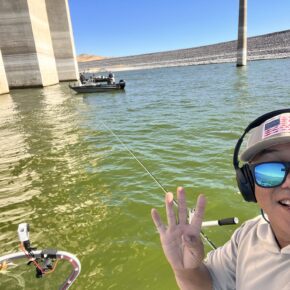 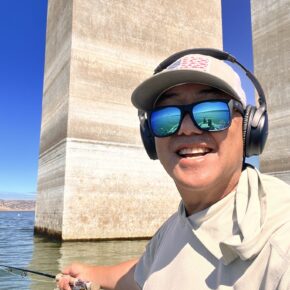 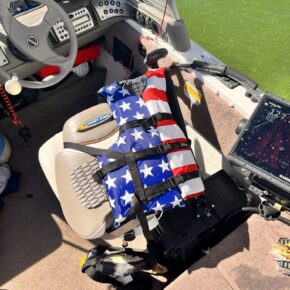 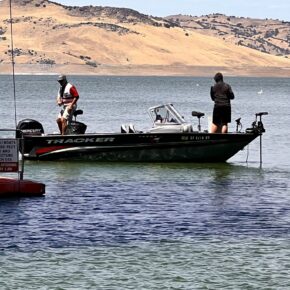 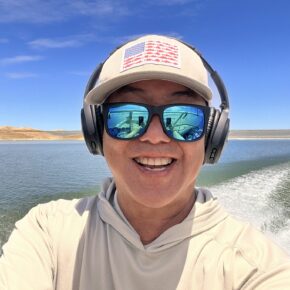 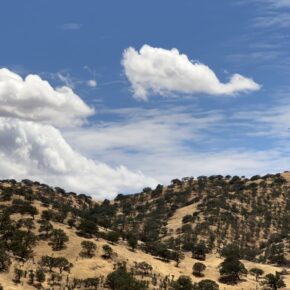 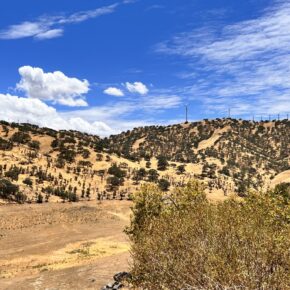 It ought to be solemnize with Pomp and Parade, with Shows, Games , Sports, Guns, Bells, Bonfires and Illuminations from one end of this Continent to the other from this time forward forever more”   John Adams