October 21, 2022  Friday – Some days it seems I can’t buy a fish out of the Forebay.  I sucked today.   Maybe I need to sacrifice something valuable  like an Iphone in order to pull a rabbit out of the hat on a really shitty fishing day on the forebay.    I had lots of company though out there on a friday.     Tim Anderson and I fished side by side for the first time since fishing in Cuba together.     Tim pretends to be ignorant about the forebay but he’s actually one of the Ace’s out there.   If he’s not doing good,  I dont feel so bad.   Also I heard that Dan Blanton was out as well with Tom Malech.  No report yet.

Five years  years ago I had a phenomenal day on the Big Lake with Ed Rea.    Ed usually fishes out of a canoe and today he surprised me by pulling up next to me in his new boat – a 17 foot Alumaweld walkthrough.   He told me it was his second time out with the boat at the forebay. We fished together for awhile and ended up fishing the cables at Medrious in the afternoon.  The Forebay was unusually calm until 2:00 and fish were busting around the Mederious Rock Wall and flats near the cable.   I saw Ed catch a couple,  but I only managed to get only one fish out of all the boils I casts to .    I only threw small closures on an intermediate line at the sporadic boils that were pretty far apart and I wasn’t getting much attention.   It seemed like the fish werre moving pretty fast.    By the time you motored over to the boil,   the fish were gone.    I could see them with the panoptix deep,  but I could see them ignoring my deep fly in the Panoptix.  I tried lots of sizes and colors.

There is still a ton of bait in the water and I honestly think the fish are satiated.    They probably feed after they completely digest last dawns minnow feast.    I still haven’t figured it out.    Ed said he saw a gear guy catch 5 stripers on a topwater jerk bait.  I will have one set up next time.

I think I might want to try the forebay in a tube from 5:00pm  to dark  one of these evenings.    Ken Oda did well during the magic hour yesterday.     I also wish I shot some drone footage of the boils.  Maybe next time. 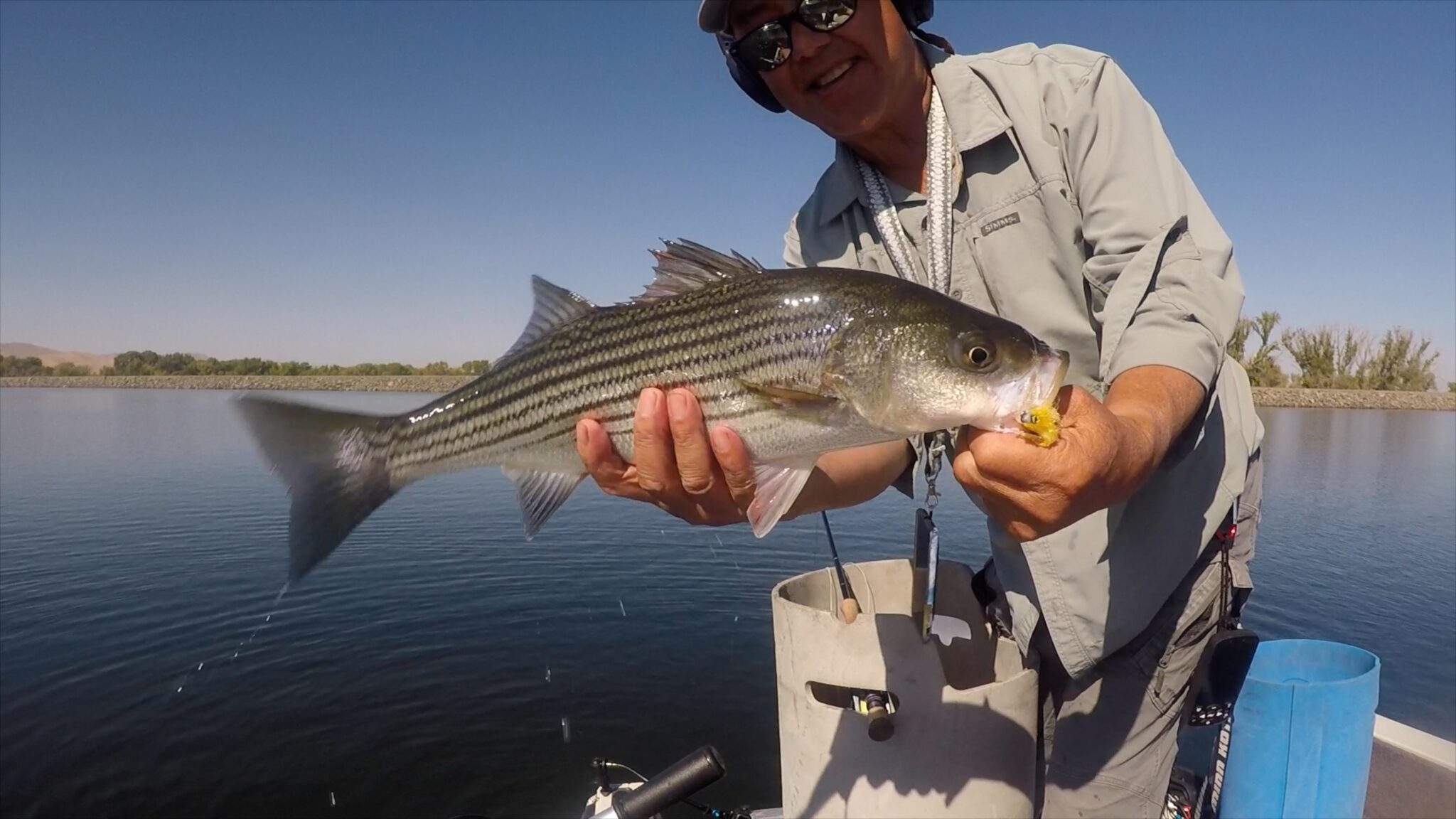 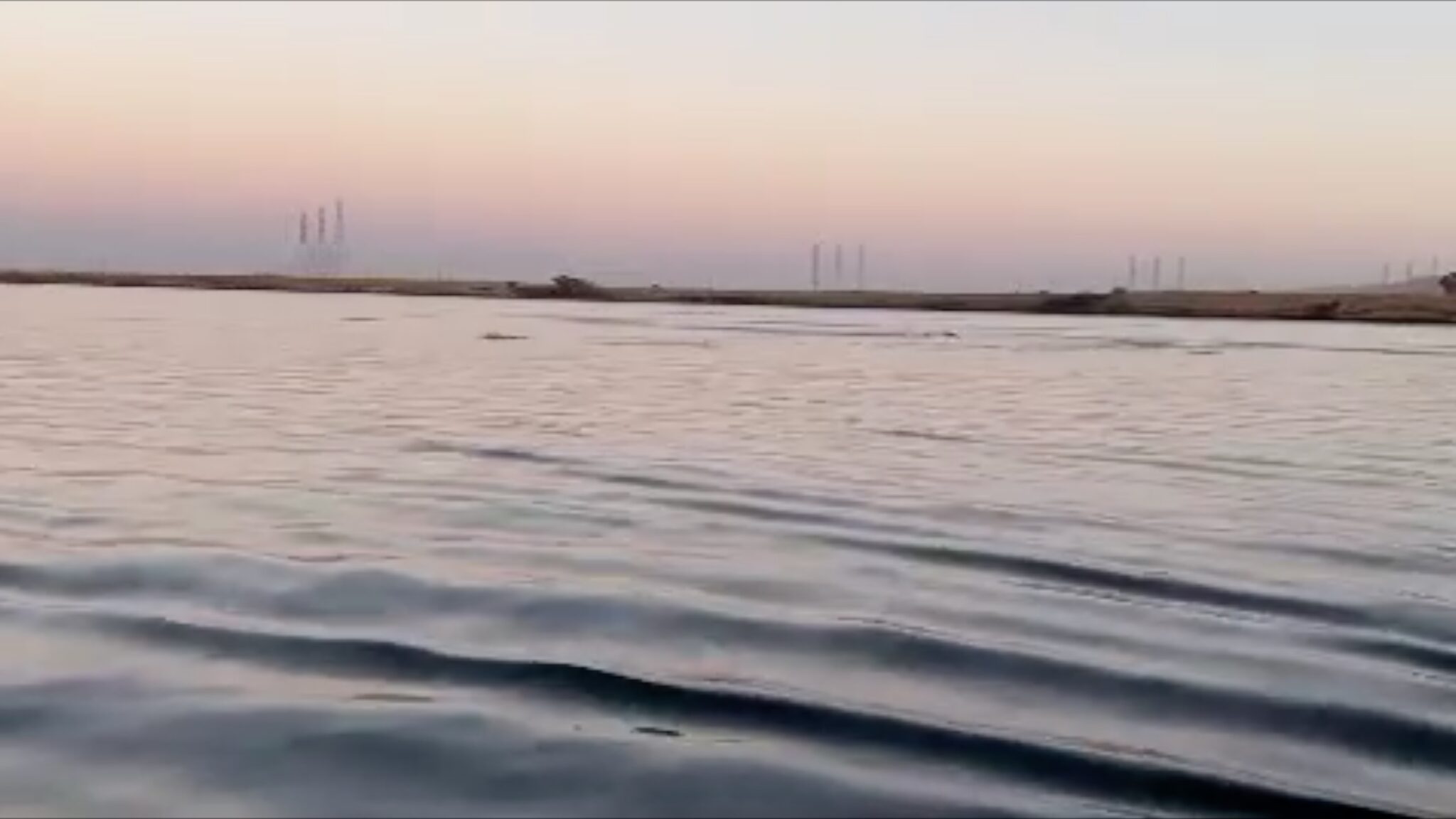 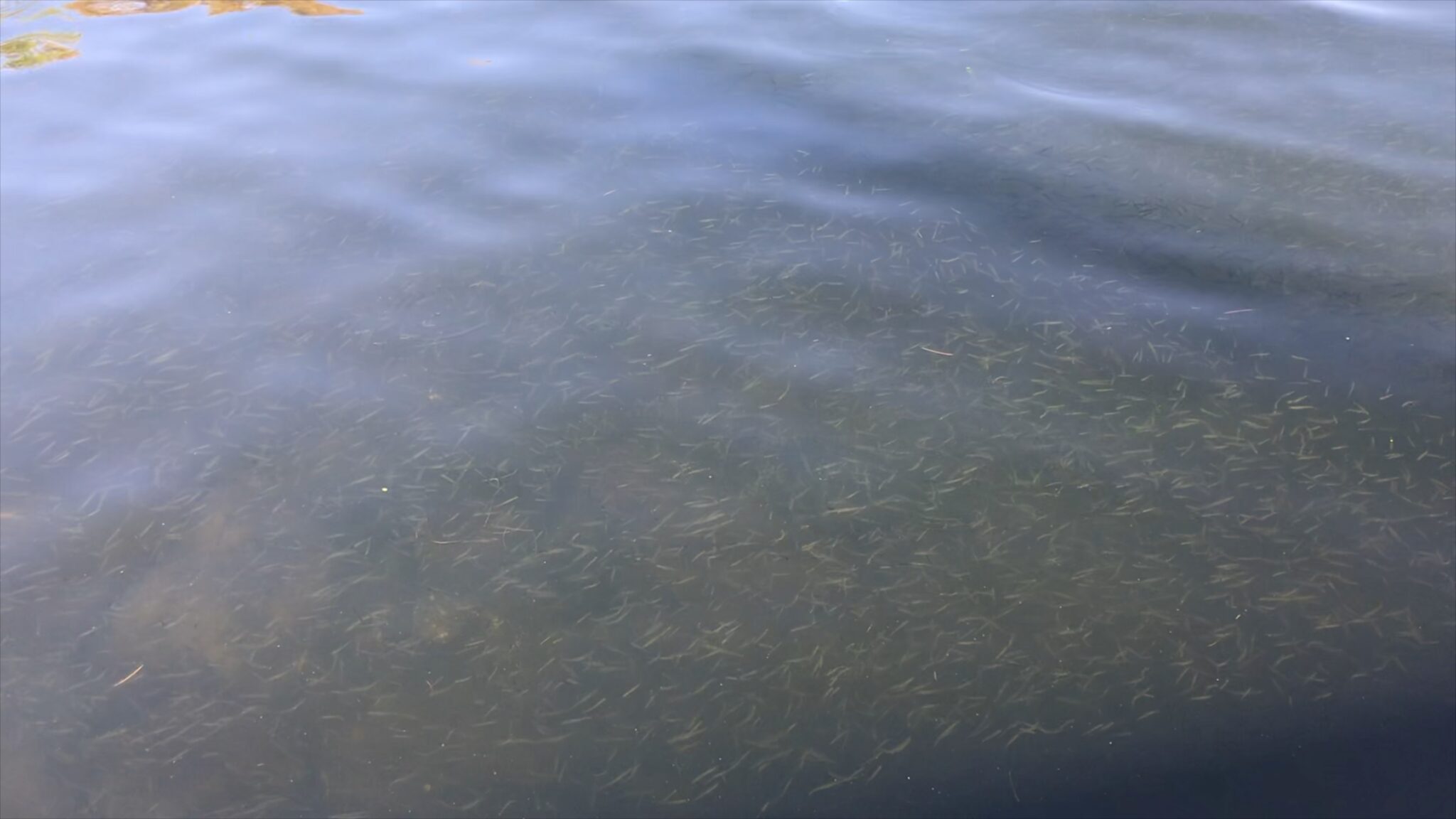 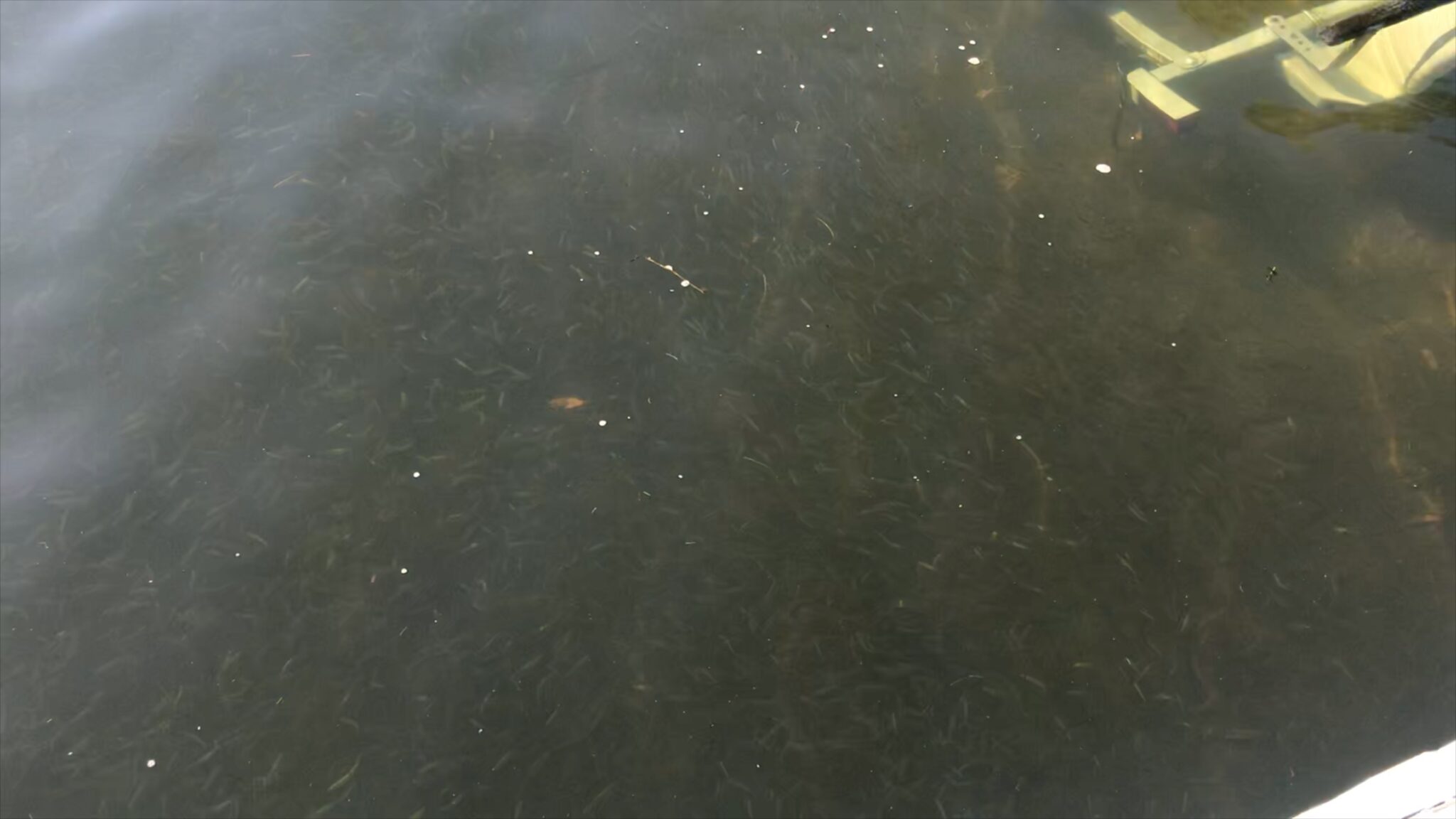