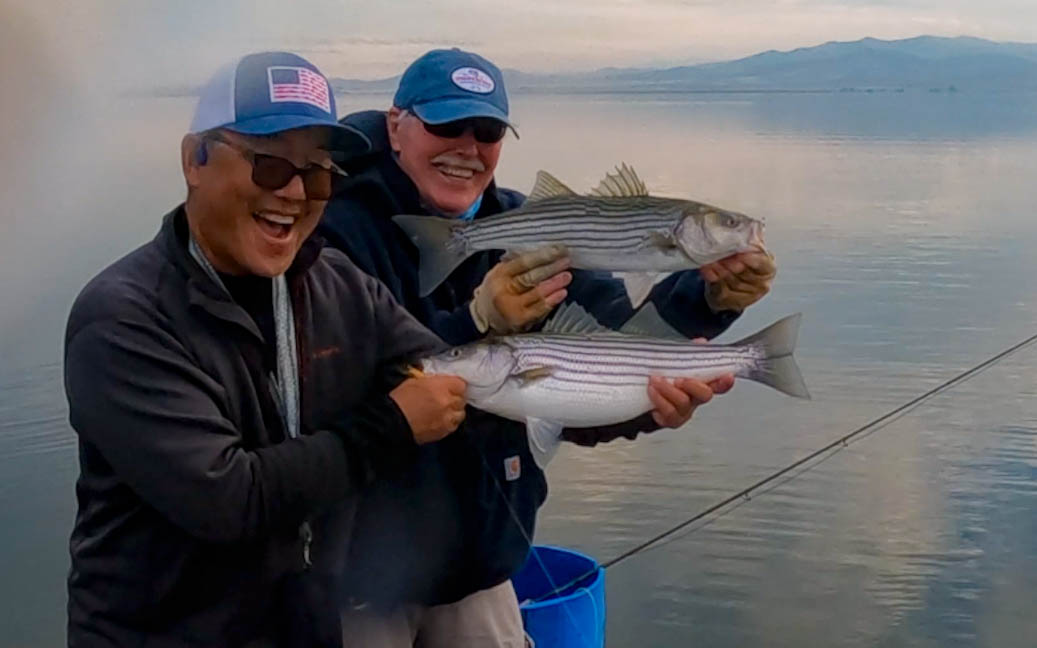 Friday Dec 9, 2022.  The day almost was cancelled on Wednesday when rain was predicted all day.   I wanted to take Dan out again to give him another shot at those video game stripers now that he had the right flies and lines dialed in from last week.   The more you fish with someone,  the better catching odds go up since it take team work to make things work especially site fishing with a Panoptixs Livescope for two anglers.    Its always a pleasure for me fishing with skilled flyfisherman.  Especially when fishing mainly on one side of the boat all day.   Last time out with Dan,   I fished two Livescope units out the same side of the boat.   This trip.  I mirrored my LV34 to an iPad so that we were looking at the same screen from the bow and stern.  This is only a great way to fish a panoptix for two anglers if the  bow angler can cast over the boat or backhand  cast at least 80 feet accurately.

The last couple days,  reports from the forebay were slow- 4 to 5 fish  per boat on Wednesday and Thursday.   It would be a test of the ‘Video Game Striper ” fishing method  for me.  With two good anglers in the boat,   I set a goal to catch a dozen fish today between the two of us to convince myself  that a Livescope can turn a crap day into gold.  The weather turned out to be perfect with no wind.  not too cold and no rain.    Even though birds were not working bait,  we did find some fish around circling birds    We found roaming schools of fish in shallow flats and under sitting and circling birds.  We caught fish  steadily all day hooking about 30 fish and landing at least 20 according to Dan’s clicker.  It was fun watching Dan tease and lure fish to the fly on the sonar.  He has a great retrieve.   I saw many of the fish we caught today actually hit the flies we were casting as they retrieved back  through the sonar.    More often that not,  I thought I was working my fly on the scope to a following fish only to find out after it was hooked,  that it was Dan’s fly and not mine that I was watching.     In fact we were able to anticipate a strike and set at the exact moment a fish would hit Dan’s fly on three separate occasions.     It was a hoot to tell Dan that a fish was accelerating  towards his fly and to get ready and call the strike like Babe Ruth pointing to left field.    Today we were also able to predict, before casting,  two double hook ups because the screen just looked perfect with the right distribution of fish .   What a great and memorable day fishing with Dan.

As we came in,  a bass boat with three gear fishermen were also pulling out at 4:30pm.   I talked to them for awhile about there cool bow mount LV34 transducer mount.   They only managed a few fish  even with the Panoptix.    Perhaps the the Panoptix  in perspective mode is more productive for  fly fishermen who can hover flies at the right level in front of fish that are 40 feet out.   A 30 fish day when average boats with good fishermen are landing 4-5 is a testament to how deadly fishing can be when optimally using a Panoptix to site fish and cast. 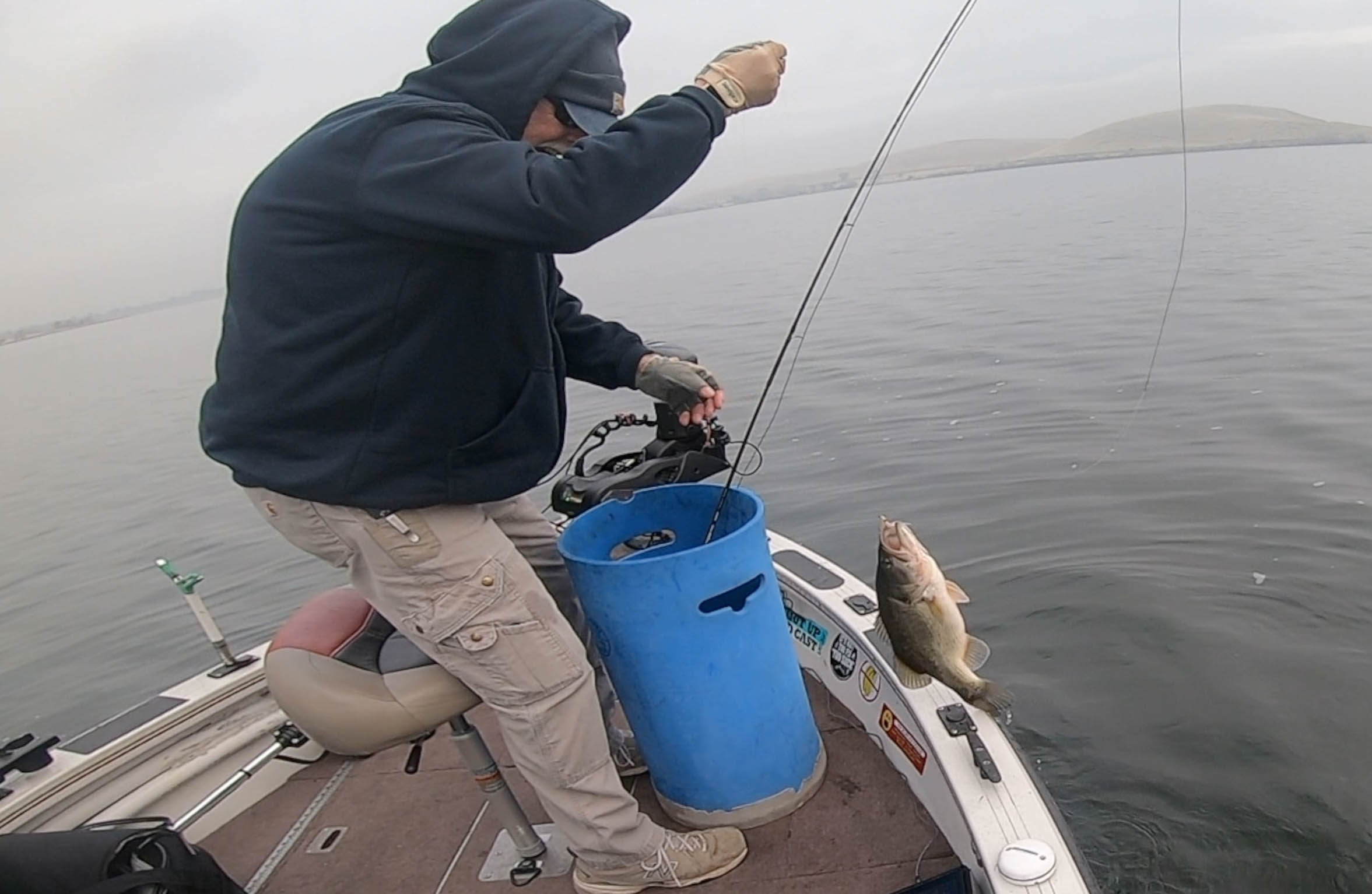 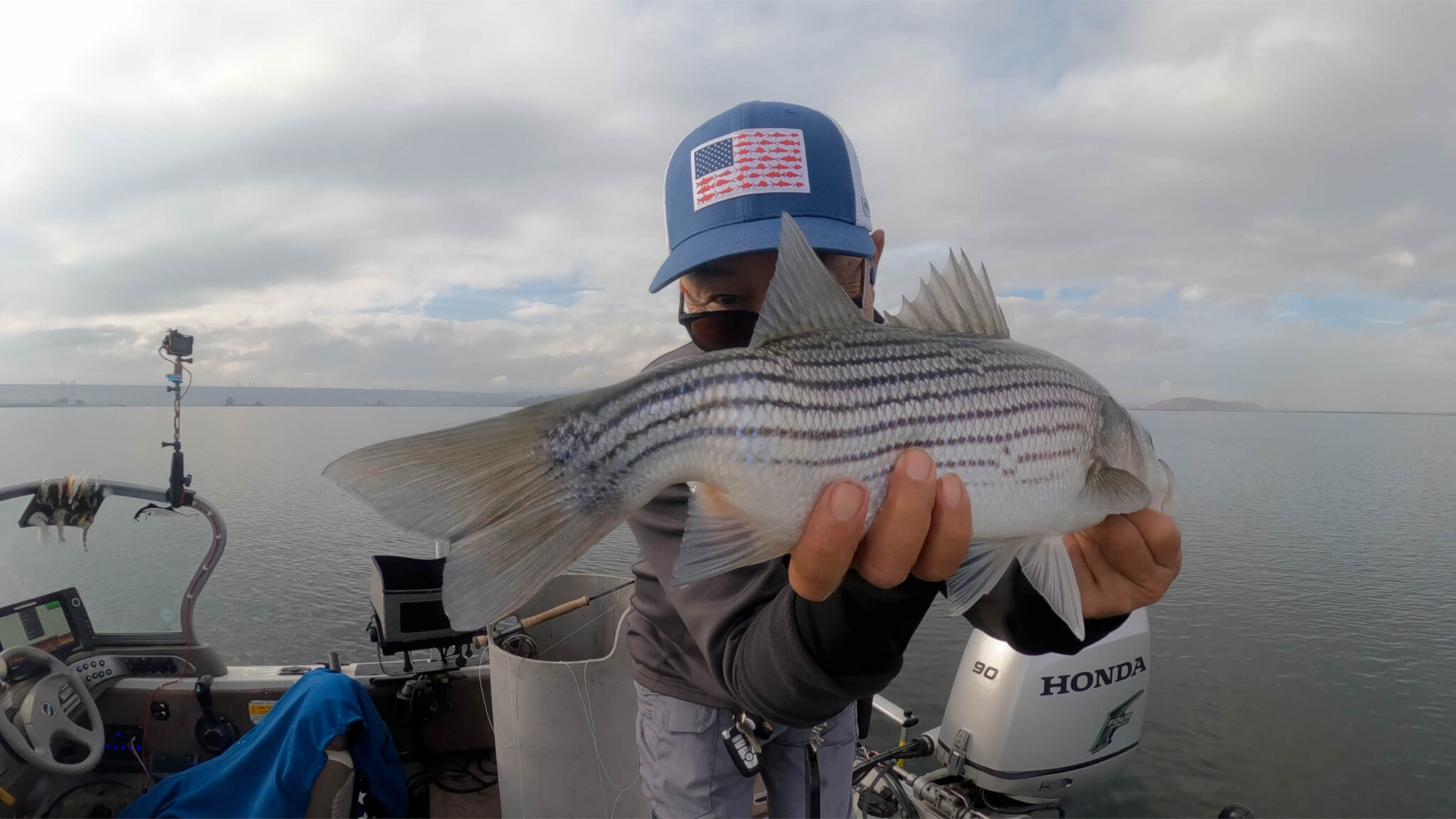 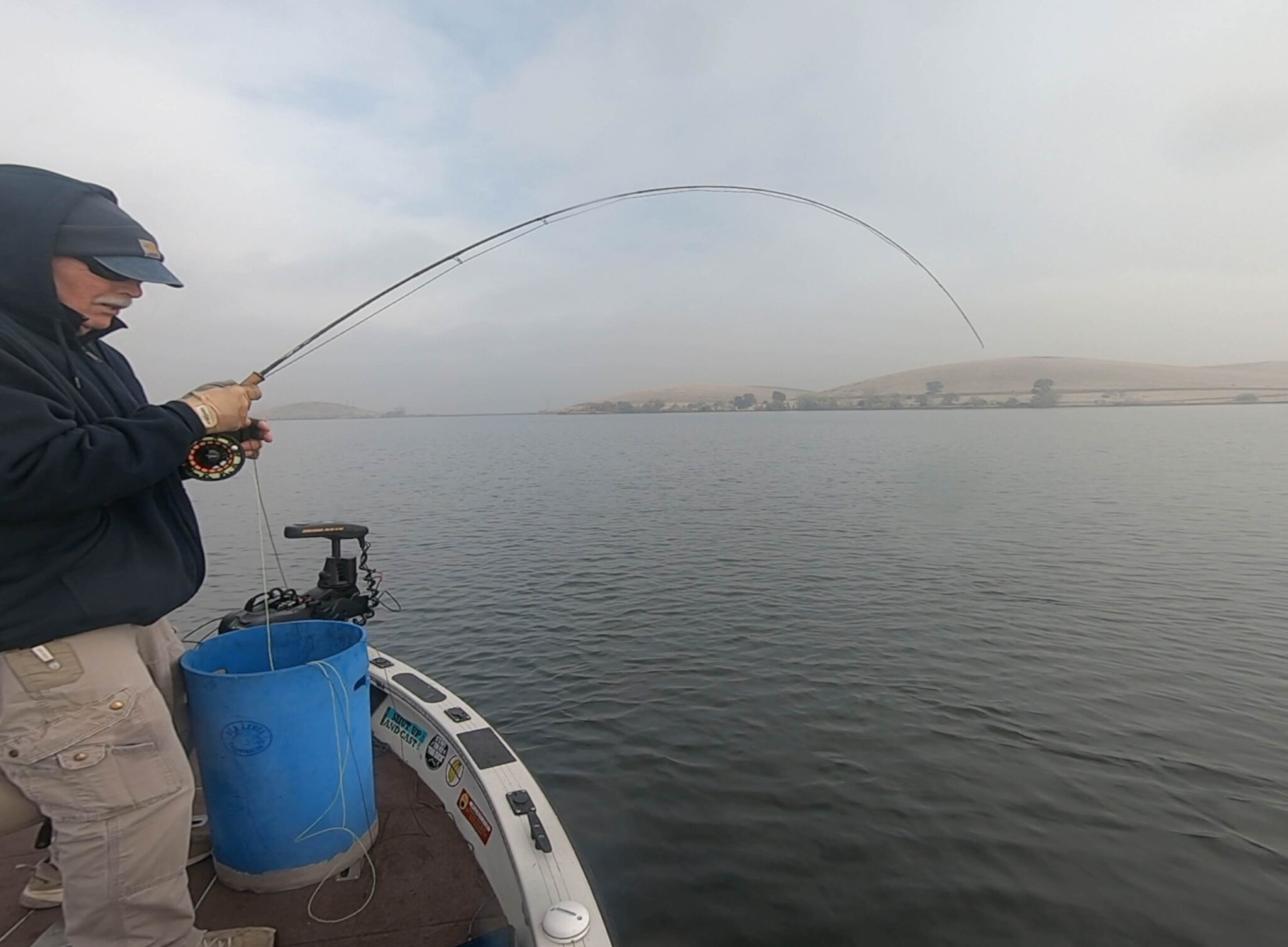 2 thoughts on “Fishing with Dan before the Storms”