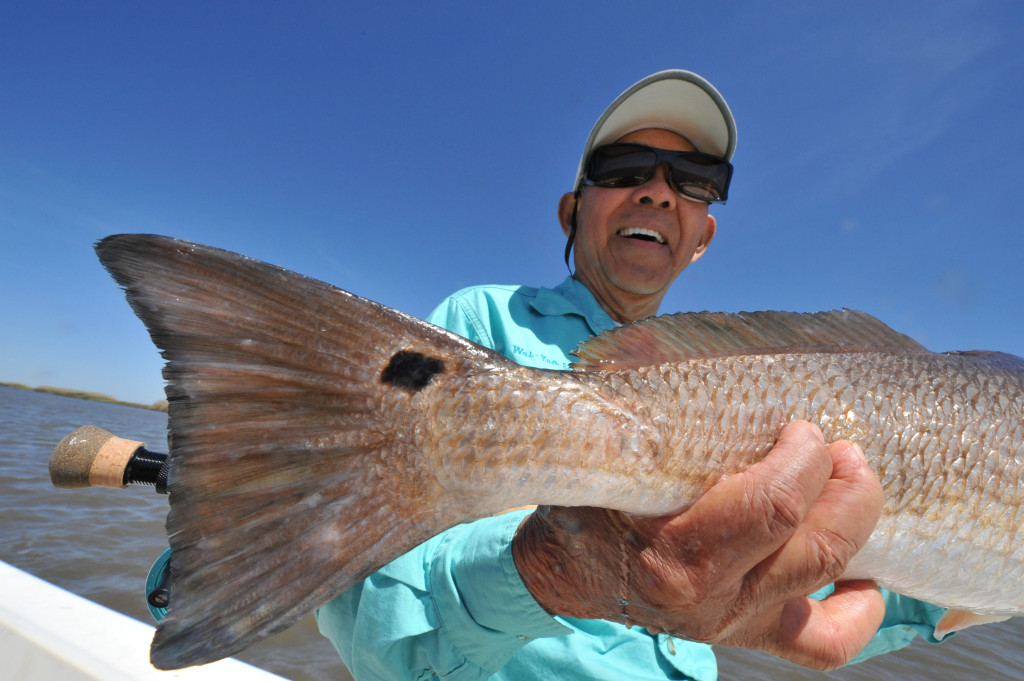 I think it was the late 80’s when my Uncle Yun, the last of my dad’s generation of Syn Brothers that fished was diagnosed with Cardiomegaly and given only a few years to live. It was Uncle Yun that catalyzed my love of fly fishing when he gave me a book when I was 10 years old.  It was McClane’s Standard Fishing Encyclopedia.  I learned to fly cast in my backyard following the diagrams in the book.  I tied my first flies from patterns I had read.   With his passing,  I realize how much he gave me by introducing me to fishing.   My cousin Wayne and him became extremely close after Wayne’s dad, my uncle Yin, passed away from cancer.  I know that Wayne was dedicated to Yun in a special way and always made sure that uncle could fish the places he only dreamed about–all our fishing buddies came to know him and they called him “Uncle” as we did.  Yun was everyones Uncle.   It’s been seven years since my dad passed away and Uncle Yun was the last of the fishing uncles.  Boy did they all love to fish (Mun, Yin and Yun). At my dad’s Funeral, uncle Yun talked about that great trout stream in the sky and even in passing requested that donation be made to Trout Unlimited. Wayne looked up to him and adopted him as his father. Every year, Wayne would arrange a fishing trip for him– thinking it might be his last, I was often invited to fish with them. The best times I ever had with Uncle Yun were on those trips – thanks Wayne for faithfully arranging them. There were so many of them too. The last one was in September of 2012 fishing for Salmon on the Sac. The most memorable one I would have to say was Louisiana Redfishing last year when our trip turned into a last minute family reunion. My kids remember him from that trip, we had a great time with him and Aunt Betty.

Dr. Wai Yun Syn, at 81 years of age, gently passed away on May 24, 2013. His heart finally gave out after carrying him for 25 years beyond what his colleagues estimated was likely. His passing was peaceful surrounded by his family. Still here to celebrate his life are his loving wife of 25 years, Betty Syn of Columbus; (three children): Warren Wah Lun James Syn of Clairmont, Ga., Suelin Lilly-Ammons of Columbus, and Evelyn Lee Campbell of Conyers, Ga.; (two stepchildren): Dr. Robert Lilly of Columbus, Pamela Bach Tucker of Atlanta, Ga.; (five grandchildren): Angelina Lilly and Skylar Ammons, both of Columbus, and Nick, Nathan and Maxwell Bach of Atlanta, Ga. Wai was born and grew up in Singapore, son of parents who were Chinese, Eng Kim Syn and Mabel Ho Syn. In 1950, his foster parents, Warren and Evelyn Willis, sponsored Wai in coming to America, where he received his undergraduate degree from Florida University and his MD degree from Emory University Medical School in 1959. Dr. Syn then went on as a doctor to do mission work in Asia, where he helped many who would not have otherwise received medical care. He then worked at DeKalb Hospital and in private practice in Atlanta as an internist for 40 years before retiring to Columbus. Wai was an incredible inspiration to his many friends and family, and his smile and laughter will live long in our hearts. We have created a memorial website we hope you will visit to either see some pictures and videos of Wai, or perhaps to post a story or light a candle in memory of our friend, Dr. Wai Yun Syn (wai.syn.muchloved.com). There will be a Memorial Life Celebration in three to four weeks. The details will be posted in a few days on this memorial website. In lieu of flowers, please consider a donation to Trout Unlimited. Wai was an avid fisherman and loved all types of fishing. He was particularly fond of Trout Unlimited (Pisgah Chapter) because of their mission: “to conserve, protect and restore cold water fisheries and other watersheds in the western North Carolina region.” If you feel inspired to donate in Wai’s name, please send your tax deductible checks to: Pisgah Chapter Trout Unlimited, P.O. Box 841, Hendersonville, N.C. 28793. Please write “In memory of Wai Syn” in the check memo area.
The family would like to extend a special thanks to the Polk County EMS and the Columbus Volunteer Fire Department for their unbelievable efforts and competence. In lieu of flowers or food, please also consider donating to the Columbus Volunteer Fire Dept. If you do, please send your tax deductible checks to: Columbus Fire Dept., 100 Peak St., Columbus, N.C. 28722. Please write “In memory of Wai Syn” in the check memo area.