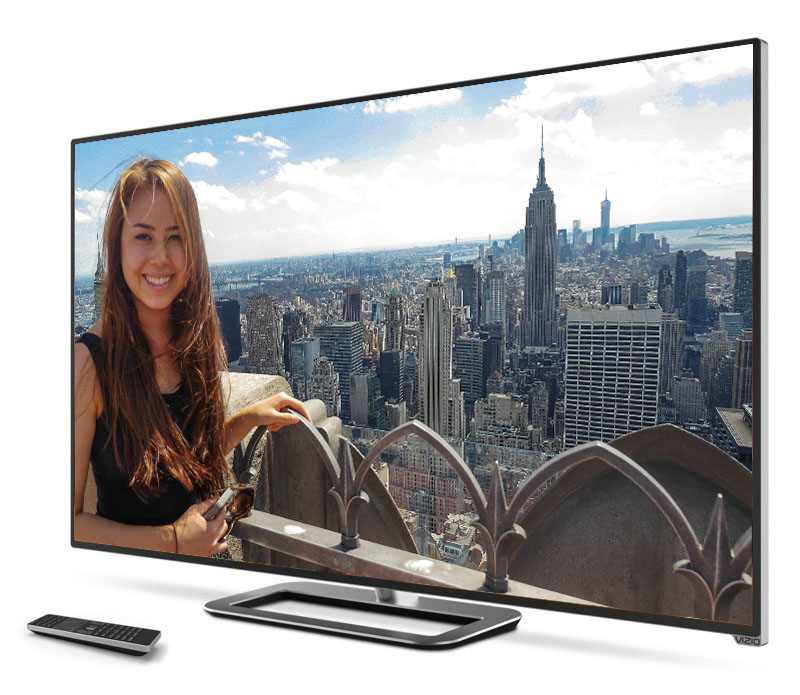 Atop the roof of my house stands a 50 ft mast with an array of High Definition Yaggi Antennas pointing towards Suttro Tower in San Francisco. On the South Wall are 6 satellite dishes–all artifacts of the advent of High Definition over the air programming and my early attempts at building the ultimate home theater room. Yesterday, I finally scratched an itch, and purchased an 80 inch LCD television to replace my now outdated Sony HD Projector. I had been shopping for a brighter easier to use solution to the big projector and screen ever since the cost of an 80 inch flat screen started dropping below $5000. The Sharp Aquos 80″ class 1080p, 240hz 3d HDTV finally hit the $5000 dollar mark at Costco last year. I almost bought one but for the fact that I would need my son’s help installing it as it weighed around 130 lbs and I wasn’t going to start paying anyone to install it for me. Luckily, he has been schooling in Oregon for almost the entire year, and in that time new models have been released that are even better and cheaper at the 80 inch size.  My current 90 inch diag projector screen was big enough and sharp enough for our room but the light requirements were beginning to bug me. The room had to be dark and it was too difficult to control the ambient light especially on football afternoons on the weekends. Plus with the kids gone, Gina was having a heck of a time getting everything on and working even with perfectly programmed Universal Remotes.

Vizio recently released a unit to compete with the Sharp 80″. After checking them out at Best Buy and Costco with my own media, I purchased from Costco, the Vizio M801D-A3 80″ Razor LED Smart TV w/ Theater 3D on sale for $3499.99. I also purchased the outstanding Square Trade Warranty for $99 which includes in house repair or replacement for 5 years. It wasn’t that difficult to purchase and transport with Mark’s help at around 150 lbs. As we carted the unit through the store on a light Monday afternoon around 2pm, we could feel the jealous eyes on us as a couple sports fans and TV geeks stopped us to chat about the Vizio vs the Sharp. Others just froze and stared with their mouths drooling.  I guess its not everyday you see someone purchasing an ENORMOUS TV.

The first thing I have to say is that the quality of the Vizio M Class beats the best of the Sharp 80 inchers hands down. The passive 3D is phenomenal and it was so good with the sample GOPRO 3d on Vimeo, I bought a 3D unit for my GoPros but that’s for another post. The first programming we tested at home was the huge amount of free 3d programming that Comcast has to offer on On Demand. Side by side comparisons of color and black levels with my projector and 2k monitors showed just how good the big screen is. There have been concerns on the AVS forum about light bleeding which can be demonstrated with a black signal in a dark room. I did not notice any effect until I cranked the back lighting and brightness to max just to see what people were talking about. Maybe I lucked out, but the monitor is great with stock calibrated settings with no light bleeding evident and calibrated levels.

Settings: Calibrated
Backlight:62
Brightness:45
Contrast:90
Color:49
Tint:0
Sharpness:50
Color Temp: Normal
R/G:189
G/G:162
B/G:181
R/Off:175
G/Off:164
B/Off:170
Adv.Setting:
Auto brightness: Off
Black detail: Off
Smooth Motion: On with most 3D and sports, Off with normal tv and movies
Smart Dimming: Off – Its very aggressive and when you go from a light scene to a dark one
Reduced Noise: Off
Reduce Block: Off
Film Mode: Auto

The TV comes with wireless and wired ethernet access to the internet and includes a bunch of Vizio Smart Internet Apps. I tested them out, and they seemed a bit sluggish to me. The onboard USB media player does a barely adequate job of playing .mp4 files. Traditionally, I have always used my big screens as just another monitor for my HTPCs and XBMC with much better refresh rates and motion fluidity. There is no comparison when it comes to the versatility, image quality, power, and processing speed of a HTPC compared to the built in internet and decoding apps on a TV. No contest at all. The game consoles work great with the speed and refresh rates of the VIZIO especially in Game Mode. The PS3 and XBOX fast motion games work well without tearing or ghosting. I have found that instead of routing all the consoles through the DENON amp’s HDMI switching, I would use the 4 HDMI inputs on the TV itself this time. The only issue with this setup is settling with TV speaker sound which is solved by attaching the optical SPIDF back to the Denon Receiver which I plan to do this weekend. Also, I am revamping my HD distribution system. Currently I use an ATSC modulator on channel 121.5 to pump the Cable Box throughout the house on the old cable. In conjunction with the ATSC Modulator, I use Component Baluns over cat 5 for the outdoor theater and several distant TVs. It’s too much equipment and I am limited to 720P by the ATSC modulator. I think a better solution is to use a 1×8 HDMI splitter and then run long HDMI cables where I can and where i cant, run HDMI Baluns. More on this in another post. 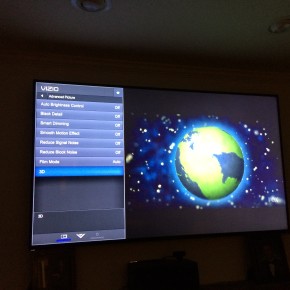 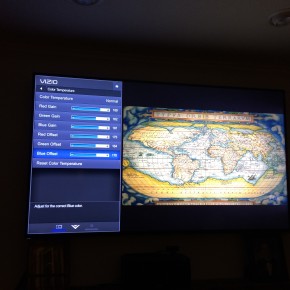 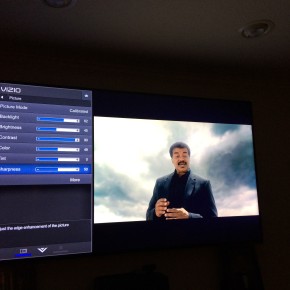