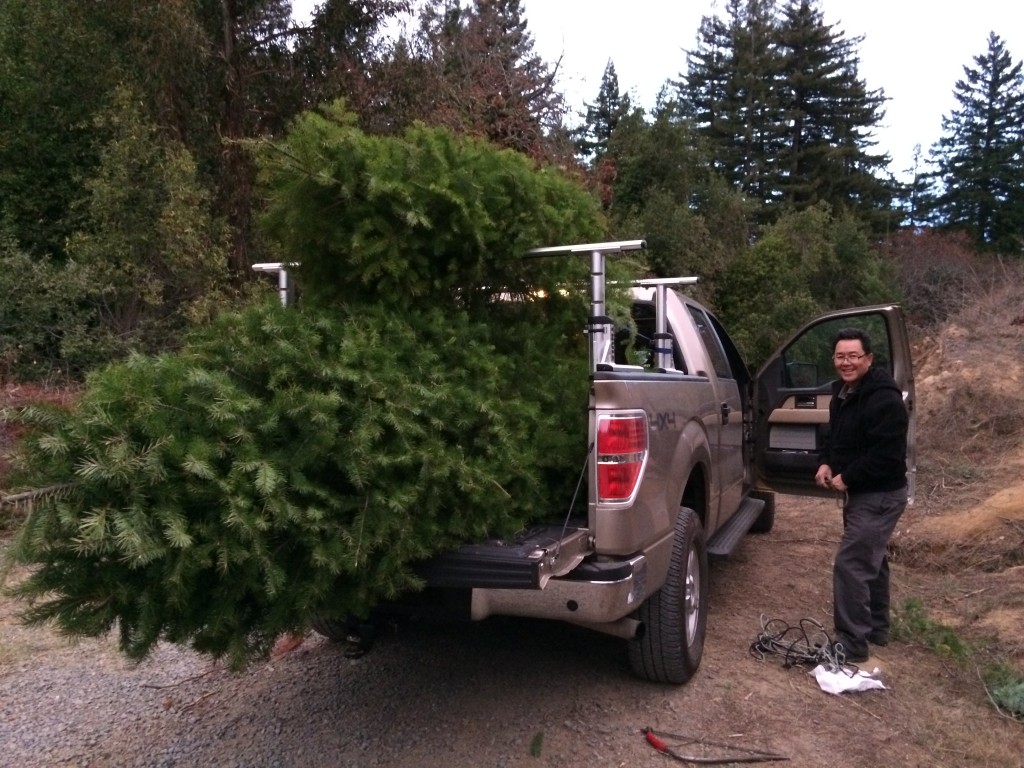 Christmas is only a couple weeks away,  the tile in the entry way  is being upgraded, next week is our annual office Christmas Party and we still don’t have a tree a week into December.   After a full schedule of patient this morning,  we decided to make a run to the Santa Cruz mountains in search of two trees – one for  my sister and one for our house. The weather forcast for San Jose narrowed our window for getting a tree to 2 hours from 4:00 to 6:00PM.  The timing was close but we found two acceptable trees in record time, loaded them on the truck and headed home in the dark with the rain just beginning to fall.   It must be old age or the fact that this was the first year that we didn’t have kids home to help which made the trees seem too big to handle.  Gina sprained her ankle, dropping into a hole while lugging the big tree.  Next year, I think we are going to go smaller or I better start working out now.

Snow fell in Eugene Oregon this afternoon cancelling classes in the afternoon.
It doesn’t snow often in Eugene so most of the students spent the afternoon in a massive snowball fight on campus with the Football Players and campus police. Mark called me concerned about driving through the snow to his firestation EMT rotation in the monrning.  He ended up driving his car to an nearby empty parking lot to learn how the car feels in snow. Californians don’t know squat bout snow drivin’. Despite practicing his snow driving, on his second day of snow driving, he was hit by another car on his rear bumper. 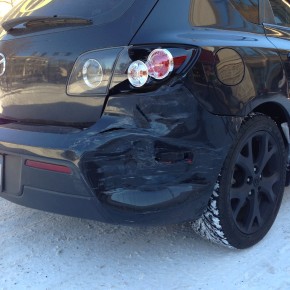 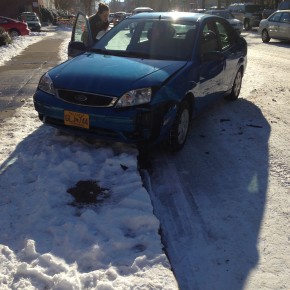 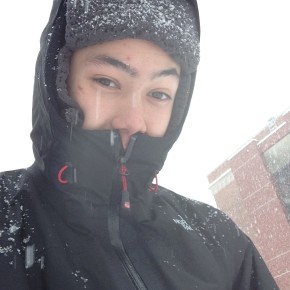 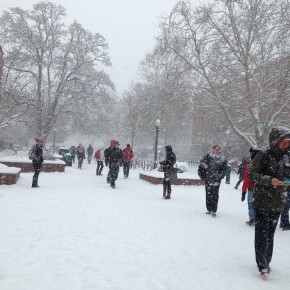 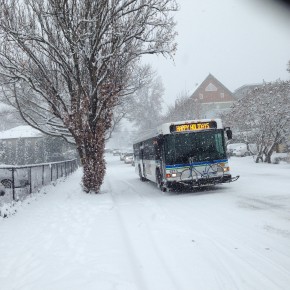 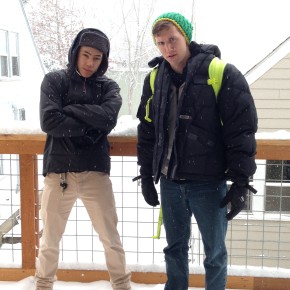 Great decision, Marcus Mariota, to stay with the Ducks next year.  May the odds be ever in your favor.   I’m looking forward to the ALAMO BOWL this year against the Texas Longhorns.

On another note,  the snowball fight got a bit out of hand and ended up getting 2 million hits on Youtube.  Unfortunately in the video ,  the football team looks like a bunch of Juvenile delinquents.  Oregon tight end Pharaoh Brown was suspended from playing in the Alamo Bowl over his role in the snowball fight and several students face criminal charges for assault with snowballs.