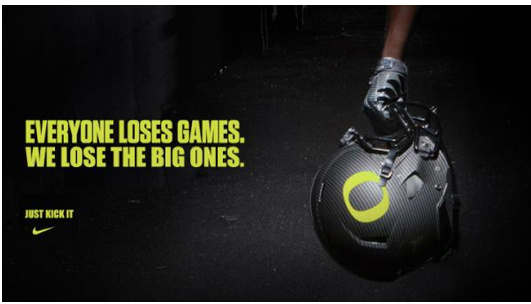 In the biggest choke in Bowl History, the Ducks managed to blow a 31 point halftime lead after loosing there first string QB and Center to injury. Mark was home to watch the game together on Jan 2nd. Its amazing to see how important a center is to the program. Locke the second string QB did his part in loosing the game but the combination of bad snaps (4 in the second quarter) and bad QB (lacking the basics of a DIV 1 QB) spelled disaster waiting to happen. Also, Pellam is done as defensive coordinator – he doesnt make adjustments–more blitzing. Obviously TCU’s defense adjusted to Locke. I think the Ducks could have taken a knee for the entire second half and still won. I had a feeling two minutes into the second half that there be a storm ahead. And whats with not using Freeman on 3rd down in the last OT. Jeeze. Im a spectator and I would have put the QB over center after the third bad snap and give it to freeman for the rest of the game. The Ducks are the Chicago Cubs of college football. Oh well, its embarrassing to be a Ducks fan these days but I still like the team a lot Adversity builds character and the Ducks still have a ways to go to be an elite team.

Also, Northwestern fell hard in the Outback bowl. Actually The Wildcats might be the Chicago Cubs of College football. On a good note, Standford won the Roses, Cal won and San Jose State Won their bowl games.

I didn’t fish a day in the last week off. I think everyone in the family including the kids caught a cold or flu when we hung out at the VA in Menlo Park on Christmas with Nick. The timing is right to be sick. Work starts in two days.

Still waiting for some parts to come in to mount my new Helix 10 and 360 sonar on the boat. Its kind of like hiring a new offensive coordinator. Get the hint Oregon.