My three favorite college teams managed a “W” on the first day of college football this year.  This could be a very fun college football year.  With Marcus Mariotta gone from Oregon,  I was skeptical that the Ducks could continue to dominate preseason football.  I still haven’t fully recovered from the national championship loss to Ohio State.    But that Ohio state loss to second string quarterback Cardale Jones last January made me wonder if Oregon’s system might work with any quarterback.   My first impression of Vernon Adams Jr. in a Ducks Uniform was pretty good.  If anything,  the Ducks defense looked pretty raw.  Letting a preseason team score over 40 points won’t get them to a national championship. Potentially, the Ducks can get there defense effective and run the PAC 12–Maybe. 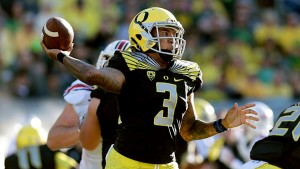 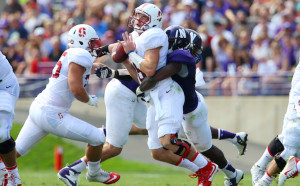 After two tough seasons,  the Cal Bears look like the old veterans in the PAC 12.  The Bears 73-14 victory over Grambling State sets the tone for an intense year for third year coach Sonny Dykes.  The third year seems to be the magic year for new college coaches.  Jared Goff , Cal junior qurterback,  completed 24 of 32 passes for 309 yards, There is even talk of Heisman. 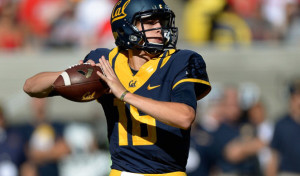 Whatever happens,  I think Ill be watching a couple great bowl games come December with any luck.