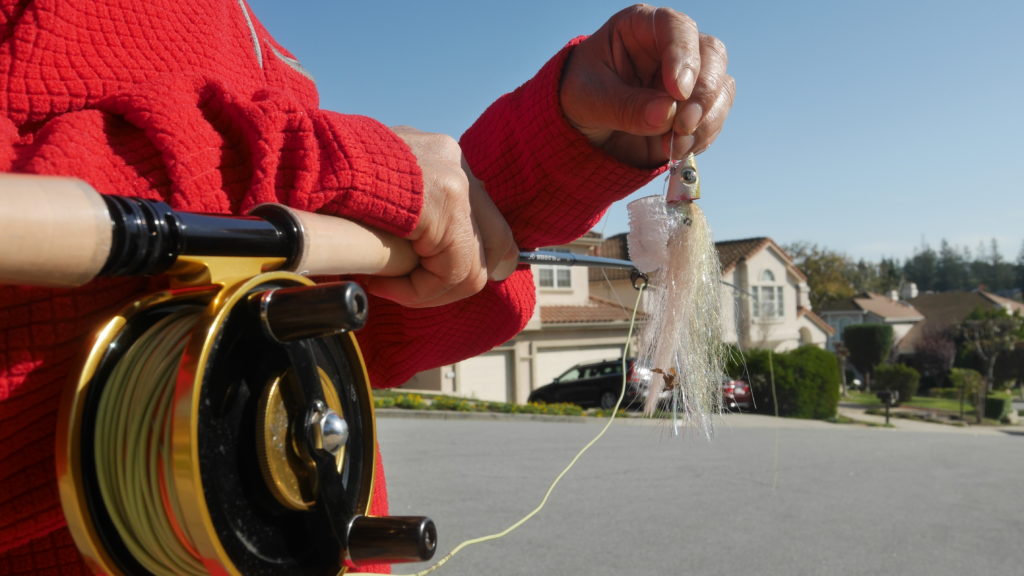 For years I thought that I could improve my golf score by buying expensive drivers  I felt that feeling of anticipation as I unboxed my newest Fly Rod acquisition – The Echo Boost Beach 8wgt.    The Boost Beach is a 12ft 2inch overhead casting two handed rod developed by Tim Rajeff for overhead casting in the East Coast surf for Stripers,  Casting from a boat on the delta for Stripers,  and firing out long casts on Pyramid lake from the top of a ladder.   The Beach has a noticeably stiffer bottom section than the Deathstar,  It feels like a smooth single handed 10 foot rod that has been extended two feet.  The boost is a Fast rod that loads the tip on the back cast and gets its power from the butt section on the forward cast.   Unlike Spey casting where you never really feel the whole weight of the line in the air when loaded,  the Beach is designed to aerialize the whole line. 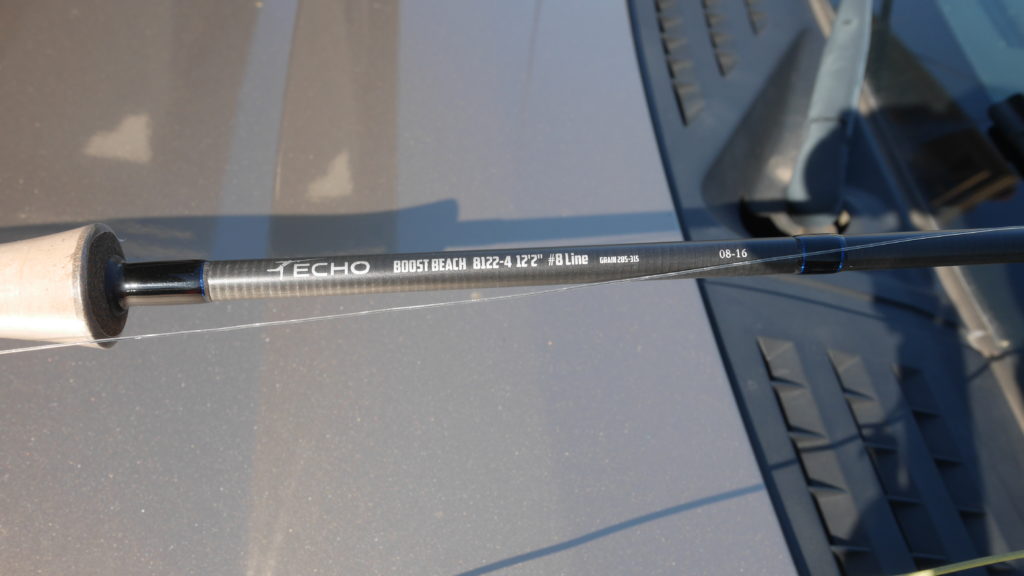 For me, casting t-14 heads is best done with a one piece,  8 wgt,  one handed fly rod with mono shooting line and a 28 ft piece of t-14 Rio Intough shooting head.  It was apparent after last week testing Spey Rods for Stripers with Luke Sing, that my light weight one piece 8 ft 10 inch  8 wgt was easily matching distance with a non double hauled overhead cast from a switch or spey rod with the same or less physical effort.   The main reason Im even looking at overhead rods is for the surf,  where the length of the rod helps control line in crashing waves,  and to cast Pole Dancers in a boat with the least effort possible and less ear piercings..   I think the 8wgt Echo Boost Beach may be the answer. 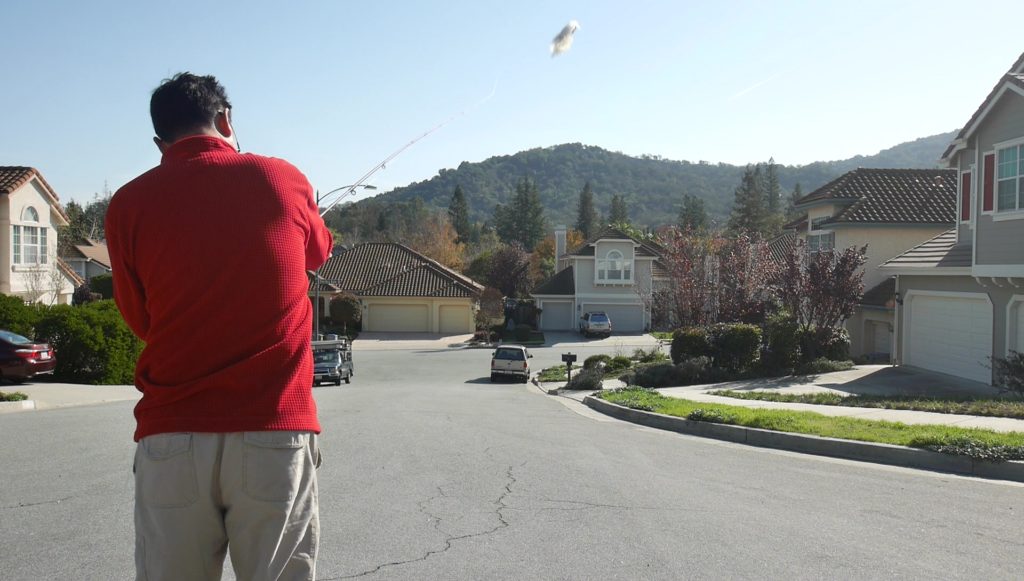 Tim built these light strong  rods out of low modulus graphite that he claims will be strong enough to bend from the top of a pyramid lake  ladder to the water at your feet without breaking.   Its a faster action than a switch and optimized for windy conditions. The reel is more in the middle of the reel seat to help avoiding stripping basket collisions.  The 6wgt, 7wgt and 8wgt are optimized for  230, 265, and 300 grains respectively.  Without a double haul , the Beach delivers  a 100 foot cast  effortlessly with 6 foot leader and an 5/0 pole dancer  Of course air resistance has alot to do with the ease of doing that,  and for my application with the pole dancer,  I tested only floating,  higher diameter lines.    I found the heavier rear weighted  Ambush floating head turned over the pole dancer better than the less rear weighted OBS taper.   I think I will retest with some of the new Airflow Beach Lines at 33 feet vs 30 feet in length.

When it comes to lines,   I tested some standard 30 foot floating shooting heads that I own- the Rio Outbound short and a Wulff Ambush Fly line.  Tim recommends for Pyramid and Surf Stripers, an Airflow Beach Line that he developed that are 33 feet long and come in Floating,  Intermediate (clear) and a type 7 sinking.  The longer belly gives you more distance-more hangtime– due to the longer 33 foot lines.  If I can cast 100 feet with a standard line with one false cast without a 33 foot line,   Im ok with that.

The whole idea of long double handed rods being easier for old guys like me is not having to double haul to get line speed.   On a 45 foot cast,  aprox 30 percent of the speed of the line comes from the bend of the rod . the other 70 percent comes from the double haul.   One way to  get faster line speeds without a double haul is to make the rod longer.   You just cant keep increasing the length of the rod since there is a sweet spot  that is optimum for the strength it takes to load the  cast,  loop control and wind resistance of rod related to length.    Line speed from a 10 foot rod with double haul is equal to line speed with a 12 foot rod with no double haul with less total energy expended.

According to Charlie Bishop, you should use he thinnest leader you can for the fish you are targeting with the 1/0  pole dancers. The exception to this is casting the 5/0  pole dancers which he cast with 30-40 lb fluro.   Also to get that Walk the Dog Motion,   a loop knot to the fly is critical to its action on the retrieve.

One thought on “The Pole Dancer Cannon…”