Today, I had the pleasure of introducing Luke Sing to Striper Fishing Oneill Forebay style. We had a short day launching at 10:30 in the morning and returning at 2:30. We managed over 20 fish despite the intermittent sprinkles, wind and cloud cover. The fish were aggressive today and Luke had action all afternoon with lots of hits and a couple 19 inchers. 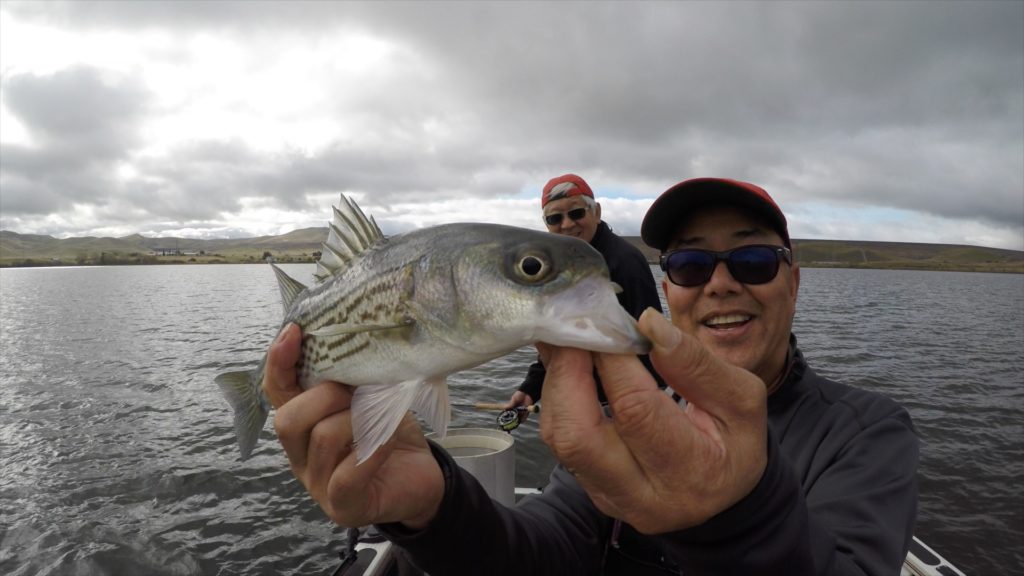 One fish we caught had a deformed upper jaw that had fully healed. It’s mouth was half the size of a normal striper and yet it was pretty healthy looking. I hope it was a scar from being caught before because if it is a birth defect from something mutagenic in the forebay, LA has a water quality problem.

Luke and I were fishing the same flies and lines all day. I put him on the downwind side of the boat to make casting easier for him and I casts over the boat and trolling motor all day. A wind gust fouled a cast that I had made and it broke my pulse disk off. I fished for about half an hour on a hot spot on the flat and went hitless while Luke was getting pounded. After putting a new disk on, I caught two fish on two casts. Im not saying thats scientific proof that a pulse disc works for forebay fish, but I am more convinced it does after today.

Next Saturday is my day with Steve Santucci who I talked to today. Some Big fish are showing around Disco Bay. Hopefully we will get into them come Saturday.