Friday Dec 11, 2020 -I have known of Tony Yap for many years but today I had the pleasure of fishing with him for the first time on O’neill Forebay. It was a day to remember. We had a great day on the water today despite heading to the lake at 7:00 with wind blowing whitecaps across the Lake and Forebay as we drove there. The weather report indicated a lull in the winds by late morning with rain blowing in that evening. I was hoping we might have a window of good fishing right before the rain. The lights on the lake were red but the forebay was still yellow when we pulled up to the ramp. The forebay around the ramp was pretty calm but I could see a line of whitecaps across towards the Rock wall where I wanted to start fishing. I got Tony carefully in the boat and headed over to the wall. It was rock and roll when we got there but there were tons of fish on the panoptix. I figured I would get Tony on some fish and go home early but it was tough casting and fishing in the wind. I picked up some fish right on the bottom using a small yellow red clouser and Tony got his first fish around 11:00.  I was ten up on him when he finally decided to put one of my small SVClousers on with a pulse disc.   He is hot on Pulse Discs now.   When I turned around to head home, I noticed that the whitecaps were gone and the forebay towards the ramp was getting flat. The wind died down to nothing with overcast skies-it felt really fishy.  I headed to the channel and fished the edges with no success. We checked the flats, the trench and picked up some fish when the water got glass calm and fish began busting around us. That action was short lived and we had a hard time chasing the busting fish. Most fish we caught were pretty small as well. I decided to head over to the rock wall hoping for some current  My favorite section of the wall is across from the Mederious Boat Launch where it narrows and the current is faster as it heads for the canal .  I like moving along the wall casting to new water and swinging the fly as we moved. I figured it would be easy for Tony to cover a lot of water as well. We started picking fish up right away casting to the rocks, srtipping the fly a couple times and pausing as the fly dropped. We did so well on the wall that we continued to fish at all the way to the powerhouse. By 4:30 it started to rain and we had had caught 30 fish, some of them over 20 inches.  A couple fish almost had Tony leaning over the the side with his  rod completely in the water.  I might need to seat belt him in next time.   We were still catching fish at the end of the day  but we decided to get home before it started pouring .   We drove home in the dark.

I was great chatting it up with Tony all day. He is one of the old veterans of the sport and a wealth of information. 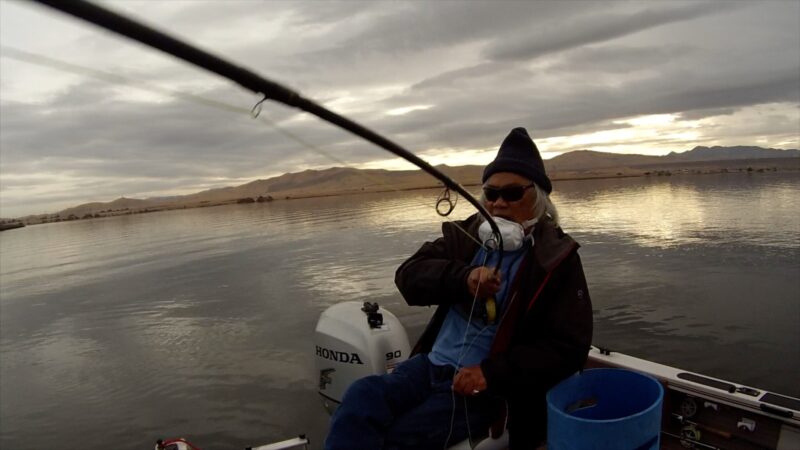 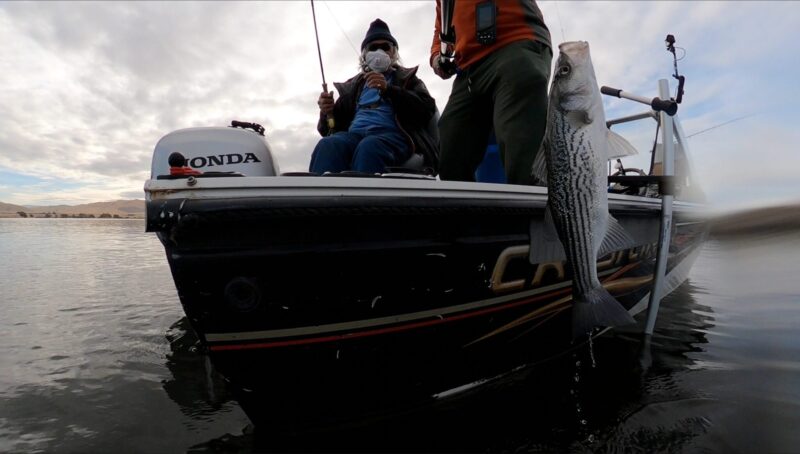 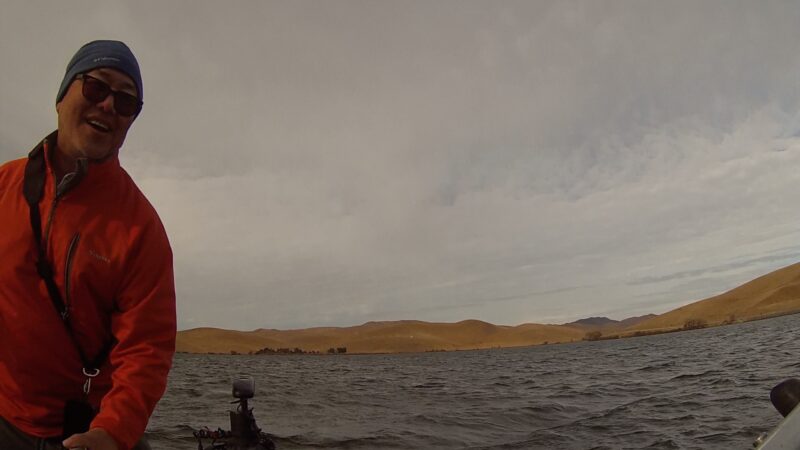