Friday December 19, 2020 – Last week on the forebay  with Tony Yap was a pretty fantastic  as December days go.   I thought that it was perhaps an accident that things went so well and I was anxious to get back to forebay to test  some things we discovered on our last trip.  The day after our trip last week,  we were hit by a series of rain storms.   I figure the falling barometer was the reason for our success.  The  challenge last week was to get these cold water stripers that were on the bottom to eat a small slow moving clousers.  Vaughn and I like to call fishing these deep bottom fish “dredging”.   Lots of guys hate dredging because of the long count and the meticulous retrieves with long periods of time between rewards.   But,  on a slow day,  the dredge can be a hedge against a fishless day.

It was 37 degrees this morning when I hooked up the boat and headed to the forebay.  The weather today was ideal with no wind at times.  Brian was at the launch when I arrived and we talked strategy  on the forebay.   I headed out toward the islands to check for schools of stripers in the trench before heading for the wall at Medeiros.    i didn’t mark fish in the drop offs around the islands or in the deep trench so I made my way to the very end of the rockwall at Medeiros Boat Launch.   The plan was to fish the wall all the way around to the powerhouse.   On my way there I spotted Don in his float tube .  I stopped and chatted.  He had half a dozen fish already in the flats and we hung out together for a half an hour marvelling at the great weather.  New york was being pelted with snow and we were almost in T shirts by noon on a cloudless sunny day fishing in the middle of a strict California shelter in place doing what we love (legally).

I worked the wall around the corner and picked up 5 . My best luck was about ten feet out from the wall on the pause and sometimes pausing a long time.   There were not many fish on the meter while I slowey worked my way along the wall but every 50 feet I would get a small hit or fish.   By the time I worked my way down to the powerhouse, I had 8 fish off the rocks.   Brian fished yesterday and caught a few in the deep water.   THe last several trips this year,  I noticed large schools of stripers hanging out in the deep water  and decided to see if I could dredge a couple up.  I want to see if I could catch fish that I saw on the bottom in 25 feet of water by driving over them 40 feet and casting back to them,   letting the line sink and slowly fishing the bottom.   I had some pretty good success doing this.  I soon learned that once the school moved off,  a good way to look for them was to cast the full line out behind the boat and then slowly troll around till the Sonar lit up ,  drift over the fish and then start a downhill retrieve.  A downhill retrieve for me consists of two hard strips followed by a long pause.  The fly fishes deeper and deeper with each pause. I picked up another half dozen fish in the deep water and decided to head home before dark which is 4:30 these days – fifteen for the day.

It was fun to see  Brian and Don out today.   I am so thankful that the fishing has been decent this winter.   There is nothing else I would rather do in a Pandemic then to isolate and social distance with a fly rod in hand. 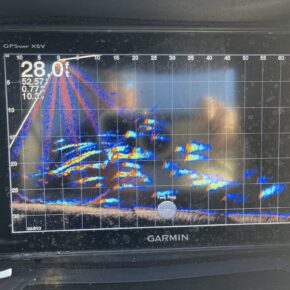 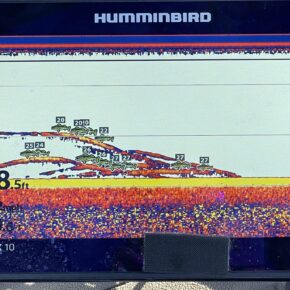 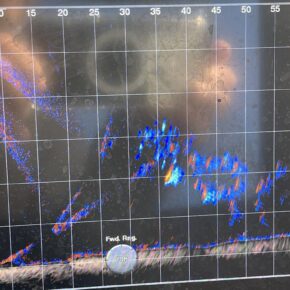 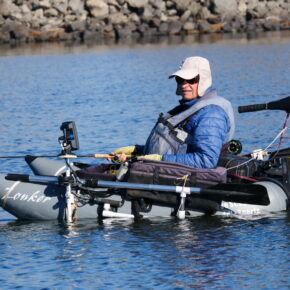 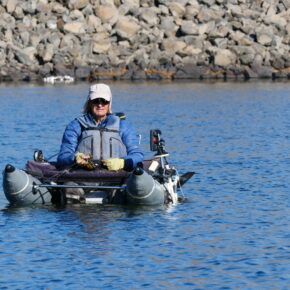 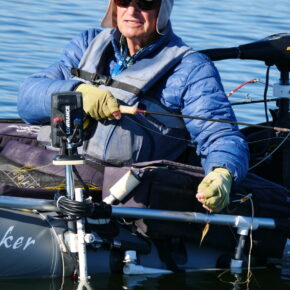 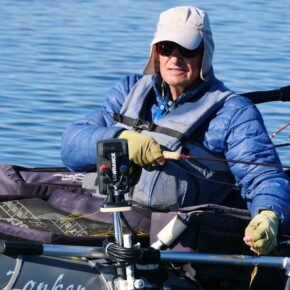 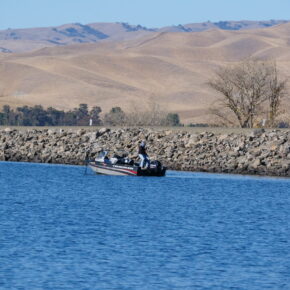 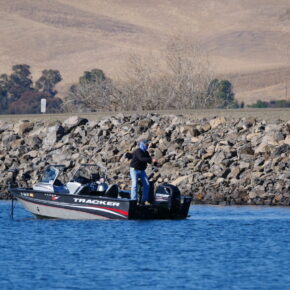 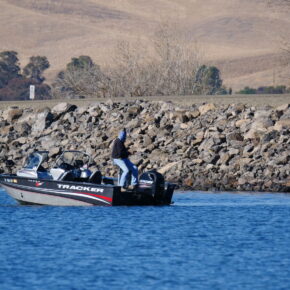 What a weird and crazy College Football Year.   Oregon in classic fashion loses the Civil War AGAIN on Thanksgiving and loses to CAL in CAL’s ONLY Win this year and manages to COVID crowbar itself into the Conference championship against USC and wins.