I’m going to miss  helping the kids work on their physics projects.  Four years ago, Mia set out to set a distance record in the the annual AP Physics Tresbuchet contest and was beat by a modified elastic powered catapult which in my opinion clearly violated the spirit and form of the classic  ‘tresbuchet” .   But that said,  the design hurled a baseball nearly 200 feet which was awesome.  Even though they still talk about Mia’s design being the best of the traditional s ever constructed,   the robotics team managed to fire a baseball so far as to change the contest forever.    After that year,  the rules were changed and the goal was set at accuracy.  The goal being to hit a small cone with a baseball at 30 meters.   For that reason,  Mark and I decided to design a traditional tresbuchet.    After tuning the design, Marks team won the competition this year being the only team to hit the cone in his class! 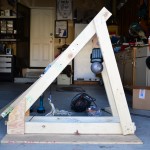 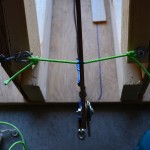 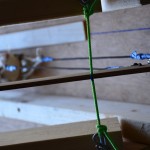 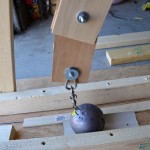