What a weird day.  This mornings first text from my son “Chip Kelly has left for the Eagles” followed by 5 more e-mails and a voice mail just letting me know that Chip had bailed on the kids at Oregon after all seemed copacetic.  The word on the street is that he left because of the NCAA approaching sanctions on UofO for hiring recruiting firms over the last 4 years to get players.   In 2010, the NCAA report says that Oregon paid Texas scout Willie Lyles $25,000, which was an alleged recruiting violation because it was an attempt to use his influence to sway recruits like Lache Seastrunk to attend UofO.   Seastrunk is the only player of concern and he never played a down at Oregon and ultimately transferred away from the football program before he began his freshman year.  That means no vacated wins even if guilty.   The whole thing seems like a witch hunt to me.  It is the first case in a new regulation that forbids buying influence.  Yikes.  How do you measure that?  Can you sanction Berkley for paying Nobel Prize winners to market student\athletes with better engineering degrees at Cal vs Alabama if they graduate?  The good news is that Oregon has yet to recieve a “Notice of Allegation” like USC and Ohio State did at this point.  Also  Willie Lyles recruited for LSU, Cal,  and Texas A&M as well,  so bias is going to be hard to prove.  Tennessee who also wired money ($1500) to Lyles has already been sanctioned by the NCAA with probation and recruiting limitations for the program–signed sealed deliver  and OVER already.  I would expect about the same sanctions except $25,000 more.  Some sources in Oregon are saying that  NCAA had  taken a bowl ban “off the table” if  UofO agreed to both recruiting penalties and scholarship reductions.  Why Kelly got everyone all happy when he came back from the Fiesta Bowl and then pulled this is beyond me.  I lost alot of respect for him on this move.  I wont be rooting for the Eagles even if they can pull off the no huddle offense better that UofO. Oh well,  in a few years we wont have to ask what his biggest regret was. 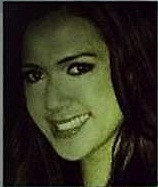 In other crazy news, Notre Dame linebacker Manti Te’o’s Standford student,  Palo Alto girlfriend,  who died of Leukemia,  is a big fat lie.    The Heisman nominee,  told  ” The Most Heartbreaking And Inspirational Story Of The College Football Season”  about how he met this Standford student in 2009 who has been the love of his life until she got hit by a car, and contracted Leukemia and died right before his epic performance against Michigan in September.  Deadspin (a web site fact checker) found this girl and she was not  Lennay Kekua.  In fact she was located and doesn’t even know Te’o.   Te’o claims to have been “Catfished”.  I say ” Lyin’ Hawaiian”.   Here are some of the better twitter feeds…

Manti just cost defensive players the Heisman for a 100 years

The “Gipper” just turned over in his grave.

Aren’t Mormons allowed to have lots of wives and/or girlfriends, even imaginary ones?

So Alabama QB’s get the good looking girlfriends and Notre Dame gets the dead ones.  Is Notre Dame Latin for Dead Dame?

He thought he might marry her, and didn’t attend her funeral. Makes sense.

He is either the shadiest person on earth or the stupidest!

A lot of money can buy a fake beautiful girlfriend.

Manti likes it best in the imaginary position

Te’o jokes are funny and all, but let’s not forget….a young lady who did not exist died.