A team that got beat by Utah just crushed Oregon’s hopes of a Rose Bowl and a BCS championship.  Marcus Mariota played the game with a Knee Brace with a MCL partial tear and his running game suffered the consequences.  The power running game of Stanford appeared unstoppable in the first half with their offense being there best defense keeping the ball from the ducks with 3 times more possession.  The silver lining was that is wasn’t a blowout.  When loss seemed certain, the Ducks scored  13 points in 3 minutes in the 4th quarter to pull within 7 points with another onside kick and 3 minutes to play.   There is no joy in Eugene tonight, the mighty ducks have fallen.  Was that a whiff of roses in the air?  I guess not.  When dreams are crushed,  true champions pick themselves up, shake off the past,  and persevere.  The Boys of Oregon have much to look forward to in the years to come.  Next year, we’ll whoop them Gangnam Style. 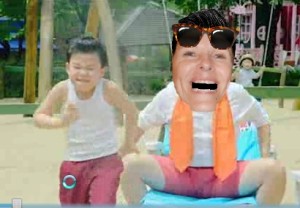