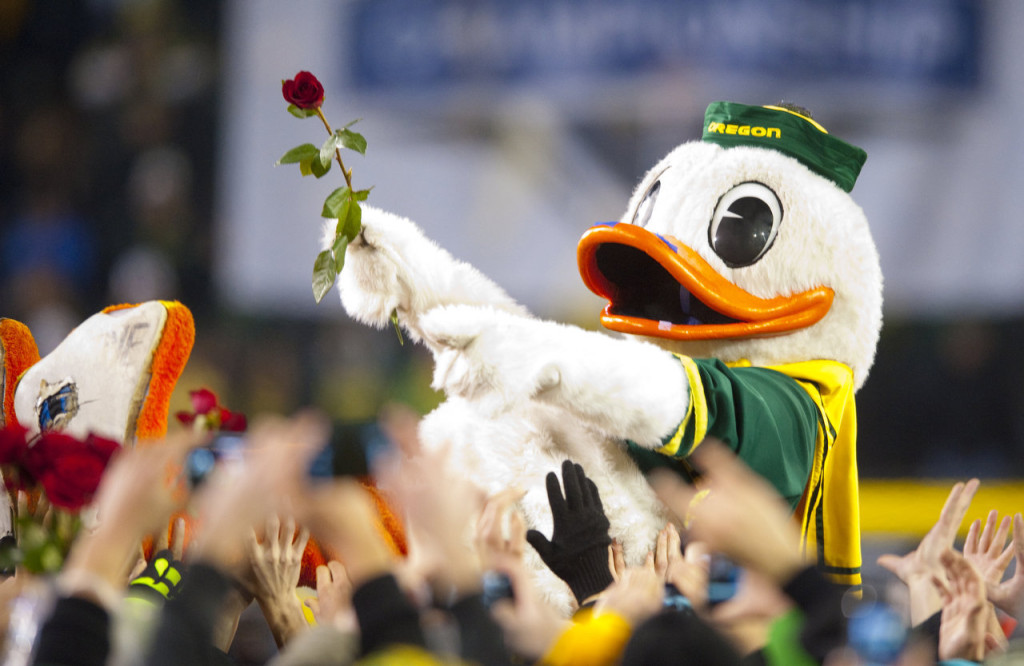 USC did Oregon a solid last night in the the last minute of play by beating the ego out of Stanford with a game winning field goal.  Did you hear it- the roar from Eugene last night at 8:15 PM? How appropriate that Stanford gets upset like that only a few weeks after pulling off a close one against the Ducks. That leave 4 undefeated teams in the the BCS and 4 one Loss Teams below them. BCS should rank Oregon 5th and its looking like we will miss the big dance this year in the BCS.

Fret not, we are going to the Rose Bowl this year. A great consolation prize considering the freak loss to an over-rated Stanford, Oregon deserves the spotlight one more time. Of the Big 10 , looks like its undefeated Ohio State or Wisconsin. Most likely the Undefeateds will remain at 4 and Ohio State will not make it to the big dance and end up in the Rose Bowl against Oregon. That is going to be a great football game. If Oregon takes apart Ohio State, it is very possible that at the end of the year, Oregon could take the #2 spot as they did last year. And to think that only a week ago, all had written off the Ducks on one close game with Stanford. There is Karma in college football. Now if Cal can get the Axe back next week from Stanford, there truly is such things as miracles too.