I was back to Sugerbarge Friday night to get a head start on Saturday morning. I picked up my cousin Wayne at Korth’s Marina.  He drove down from Pyramid Lake where he said the fishing was slow and we had a chance to fish for 6 hours before he had an event to attend that evening.  Not the best tide, but we managed to pick up some good fish in the north delta around Franks Track.  Still lots of smaller fish, but they were fun and the big ones were often below the dinks.  That evening Wayne called me to tell me that a friend of ours had fished Broad Slough that day and had an amazing day fishing to large busting fish off the west weed beds- “multiple double digit fish on top” and “best day ever” from a Delta Veteran that was high praise. He also mentioned to me that the outgoing tide was terrible which I translated as meaning if you were not at Broad Slough between 8am and 11am,  you would have missed it.

On Sunday morning, it took me a bit over 40 minutes to get to Broad Slough from Sugerbarge.  Broad Slough is a big body of water and I started out fishing the weeds against the east bank, watching for birds and hookups with the binoculars.   Nothing happened till about 9am when I noticed several fly fishermen working what looked like the middle of the slough.    I motored over and discovered a huge weed bed running down the middle of the slough.   Fishing the edge of weedbeds proved productive.  In one spot, fish were consistently hitting the fly on the sink before the first strip.   It was nuts–fish on every cast from 5 to 11 lbs for 40 minutes at around 10:30 am (the end of the incoming tide).   I ended up that morning with 20 fish before 10:30 and only one fish after till 1:00pm when I decided to head home. As good as it was, it was no where near the day before. I guess a HPS is only as good as the tide.  Dan Blanton dropped by to say hello at Sugerbarge and we talked about where the big fish were.  He told me to ” head west “ and he was right

I know it’s obvious to the Delta Veterans about the importance of tides.  For a newbie like me, it’s a bit confusing.  The Navionics app on my Iphone records a track of where I fish. Not only does it record the track but the time of day you fish and the speed at which you are going. I can compare to a tide chart for that day and correlate it with the fishing peaks. 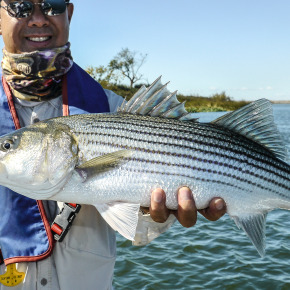 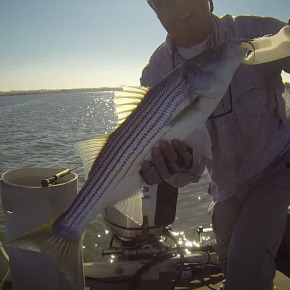 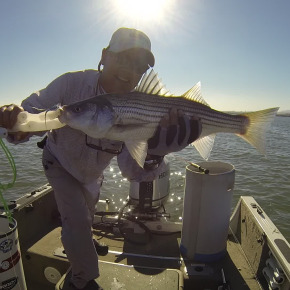 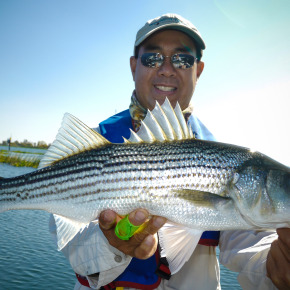 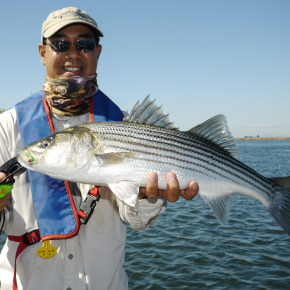 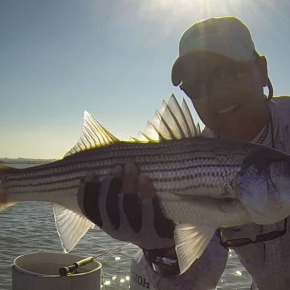 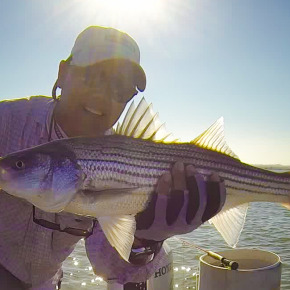 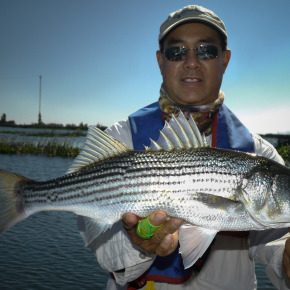 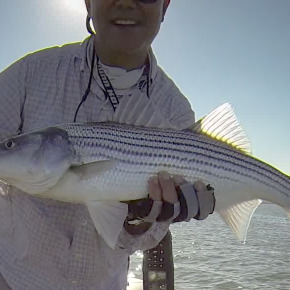