Last night has to be the best World Series Game I have ever witnessed.  Loosing and behind in the series till the 5th inning and rallying to win 11-4 to tie the series was surreal. The game was 4 hours long –we were standing for 3 of those hours  cheering our team on till our lungs could no longer function.   In the third inning,  the skies opened up and  briefly soaked the Bleacher Seats.   We feasted on Crab Sandwiches and Calamari.   The outfield crowd was rowdy and harassing the centerfielder  (Dyson) with cu 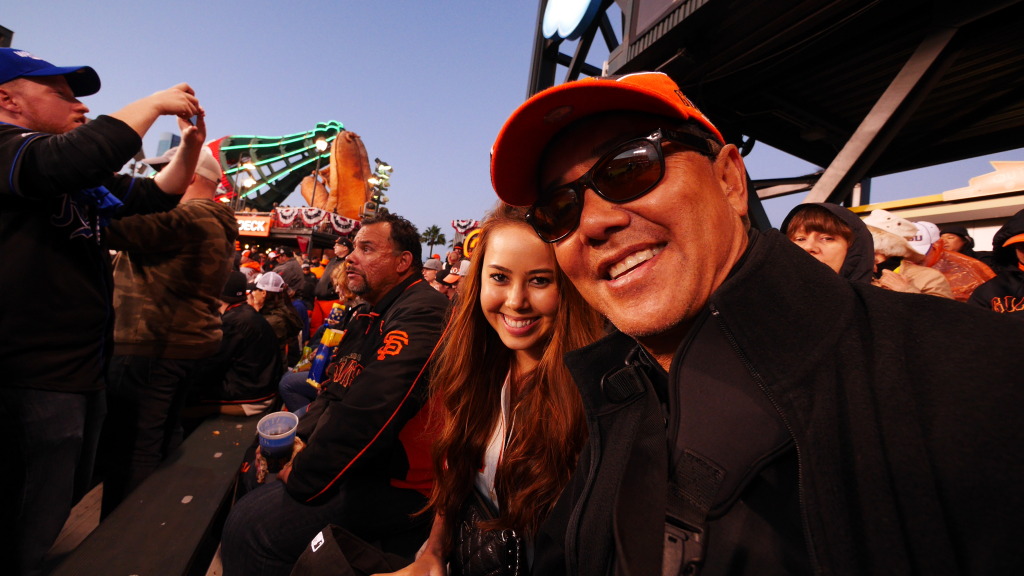 stom chants.  Their were  two Royals Fans sitting in front of us surrounded by big scary giants fans thhat kept their 4 innings of taunts to a minimum.  After the 6th inning, random  people were taking selfiies with the KC fans which seemed like a new form of Passive Aggressiveness Giant’s Style.   My daughter who I truly believe brings luck to the Giants told me she doesn’t remember ever being at a game that the Giants didn’t win.    Even if the Giants loose the  series,  I will never forget this game.