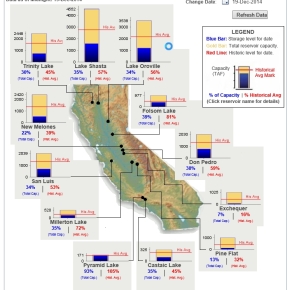 It been raining on and off for the last week and a half, Ive spent the time getting ready for a fishing window in the weather.  While looking for an 8 wgt to use as a spare I dug out a couple rods I forgot that I owned,  I found an old 9 ft 8wgt Loomis GLX rod that I bought almost ten years ago for bonefishing.   It had a broken tip and I finally had some time to send it off to Loomis for repair, a Couple days later,  Loomis informed me that my rod had been discontinued and that they would be sending me a brand new  9ft 8wgt GLX Cross Current.  Christmas came early!

I don’t remember when I stopped favoring Loomis Rods but recently,  Ive started playing with them again.  I casted a Loomis NRX recently acquired  a ‘store rod” special on Ebay.    The GLS and NRX are two great rods but they are very different.   The most noticable difference to me is that the  NRX is heavier and faster than the GLX Cross Current.    I lined the NRX with a modified custom line made from a prop damaged  Air Flow Sniper. The t-14 section was accidentally cut about 15 feet from the end – roughly in half–by the trolling motor.   I spliced a 15 foot section of T-17 to it making it heavier than the original line .  The one thing that Airflow got right with the Sniper is the running line.  It doesn’t shoot as well as mono, but its lack of stretch  as well as its diameter and lack of memory make it very easy to strip, strike  and manage when a big fish is ripping  it out of you fingers.  Mono is definitely trickier to manage with “finger drag”  than Airflow running line.  Also I find that I can feel the fly better with the Airflow  running line and that small strikes are easier to detect.     The heavier sniper casts better on the NRX than on the GLX and doesn’t chunk out at the end of the cast.    The GLX casts a stock 8wgt  Airflow Sniper very nicely and it is a very light, powerful  rig which reminds me of the Helios II.   Ill keep the NRX on the  ready with a big dredging fly  the next time I go out.

With all the rain in the last week,  it hard not to be optimistic about the fishing in the coming year.  But, its just the start of much more needed.  The real time graph of reservoir levels in California shows a big deficit still.I just dont understand why we can’t capture the millions of gallons of water that runnoff to the sea during those big storms.  Meanwhile, the Delta gets muddier and the weeds start to die when the weather gets cold.

The storms also gave me the opportunity to catch up wtih my leaders.  I started tying furled leaders for stripers about a year ago.  I usually use 10 lb Ande class mono which gives me a 40 lb 4 strand butt section, a 20lb two strand mid section and a single strand of 20 for the tippet.   As an experiment I tied some  fluorocarbon furled leaders to compare the sink rates to the Mono ones.  Fishing Conditions look good for tomorrow.   Im going to do my first one day trip to the delta tomorrow.   I hope its not a mud slick at Franks Track.