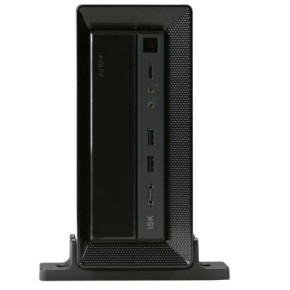 I haven’t built a computer for awhile since all has been quiet on the digital front.   It seems Im always building computer to repair one and I have’t messed with HTPCs since XBMC on the old XBOX.  After putting the finishing touches on the outdoor backyard theater,  I decided to research my options on building a dedicated PC for the backyard media center. What I built just shocked me at how fast a compute you can build these days on the cheap.

AMD A6-6400K Richland 3.9GHz Socket FM2 65W Dual-Core Desktop Processor AMD Radeon HD AD640KOKHLBOX :  this processor only costs $64 dollars at NewEgg and runs dual core at a blinding speed of 3.9 ghz out of the box.  On top of that, it supports the AMD Radeon HD chipset which is ideal for home theater.

I bought a couple cool  addons to keep it quiet.

A low profile heat sink for the processor Noctua Low-profile Quiet CPU Cooler for AMD Based Retail Cooling NH-L9A ($41) , a PSU adapter ($40)  so that I hook the box to a laptop power supply ($38)

The new XBMC  is the bomb and its free.   The last stable release is at the time of this writing XBMC 13.  I love the “scratchers”  that search for art for each peice of media you map on your system.   Its also nice to know that you can pop out into Win 8.1 and use VLC if you get lazy or needy of the a computer desktop.

I also upgraded the Comcast to the X1 Platform which is a must do if you are still using the old tuners.  The X1 stuff I love are the ability to record 4 shows at once and the new RF\IR remotes. But the real thrill is in the new EYE CANDY menu and functionality.  Its ergonomic design makes using the new X1 workflow feel just like XBMC.   There will be tons of add on in the future as Comcast just announced the X2 platform that is based mainly in the cloud.  Someday there wont be hard drive on these receivers.   On the downside,  I have 10 Universal Remote RF20 controllers that refuse to learn the X! command.   Such is the pitfalls of being an early adapter.

It helps that the X1Remote Iphone app works great and it even has voice recognition commands which seem very accurate and quick.

One thought on “One Badass HTPC Computer for under $500”