Last sunday, I finally got the motorhome situated in site #21 at Sugarbarge RV Resort on Franks track in the Central Delta. for the Striper Season that runs through May of 2015. Thanks to my good friends Bob and David Broedlow, I was able to catch ride back to the bay area.since Gina is out of commission with a broken leg. We stopped at lunch at the Rusty Porthole or as the locals call it the Crusty Butthole. I didn’t expect much with the 3 star yelp rating but the Bacon Cheesburg and Fries that I ate were great. Earlier in the week, a large yacht hit the dock and nearly knocked the restaurant into the Delta.

Sugerbarge Resort is a pretty cool place. It has a swimming pool, a small store that sells ice cream, camping stuff and firewood. Also it has internet that is pretty intermittent . With 104 sites , the internet is getting hammered and sometime s doesn’t work at all. Sprint wireless phone service here is very very spotty but AT&T seems to be a constant 3 bars with 4g internet The sites are full hookup so I am constantly hooked to freshwater, sewer and electricity.

The internet is pretty spotty but talking to Tracy about it,  I’ve been informed that they know that their is a problem and she assured me that they have experts working on the repeaters.  She assured me that in three weeks,  the speeds will be blazing fast.  I even tried to bribe her to access the private network.   AT&T cellular is two bars with 4g from my site.  Verizon does not work at all.   There are 30 Television Channels over the air from SAC including CBS and FOX.  I think an amplified HD antenna might be even better

On thursday, I transported the the boat to its new home for 8 months.  I put a BBQ on the site and they allow a fire pit as long as its 6 inches about the ground Along with my site, I also have a wet berth. The covered boat dock with electricity has great access to Franks Track-a large lake in the Central Delta. My next door neighbor is a great guy named Bill Siler who’s been camping here at the delta on an off for three years. A retired police officer, ex coroner, and DART team commander and an accomplished fly fishermen and fly tyer. Talking to James, and Bill, I learned that this weekend might not be the ideal weekend for spectacular fishing. The moon is full, the wind is up and there are three local bass fishing tournaments tomorrow with an expected 200 boats on the water. The tide peaks at 7:00am. Hope the wind dies down, 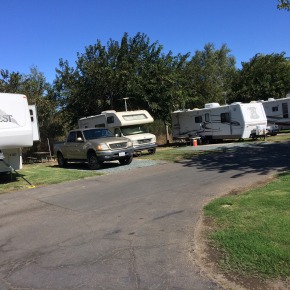 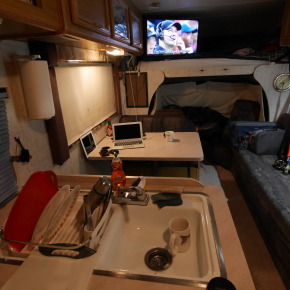 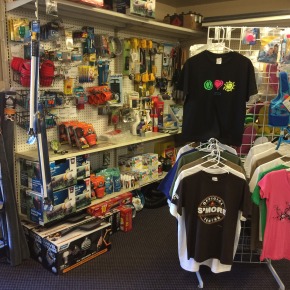 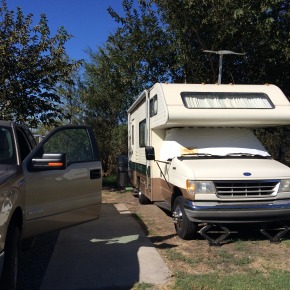 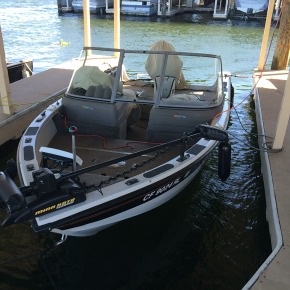 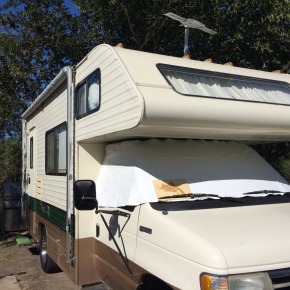 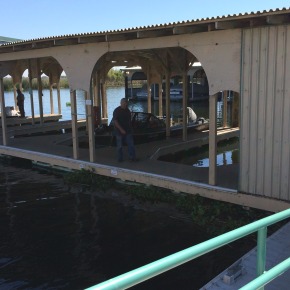